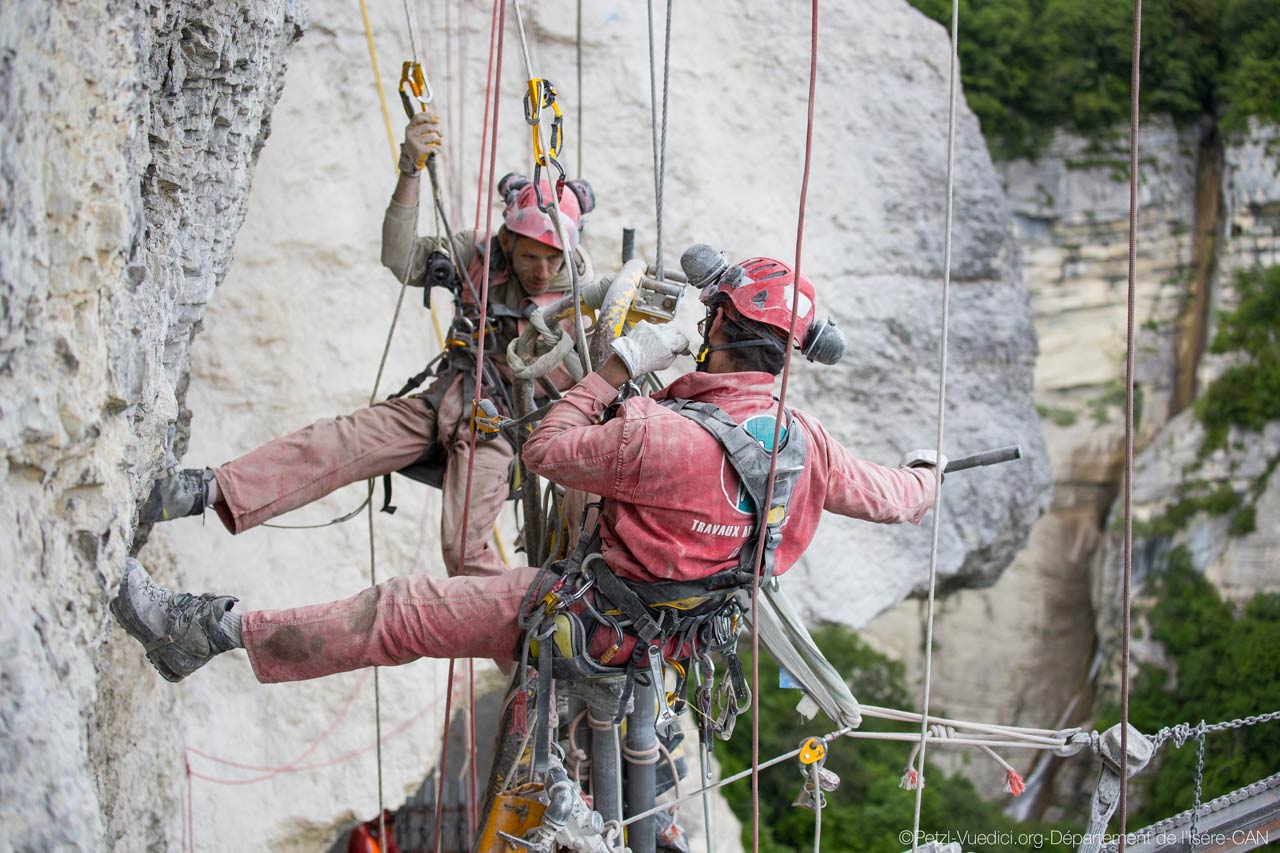 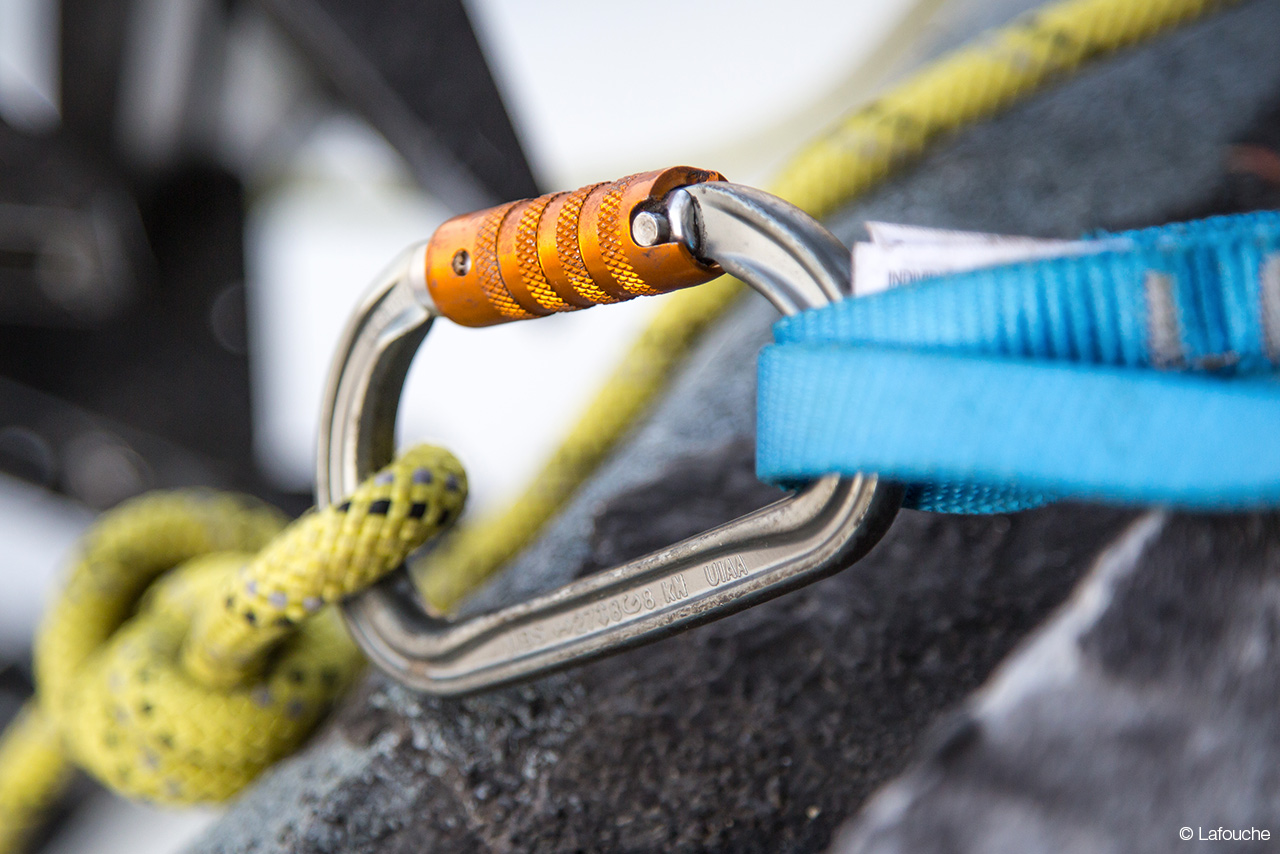 1. Choose the right gear
Make sure that the carabiner you choose is suited for the intended use and is compatible with the rest of your gear; use accessories for work positioning to place yourself in the best position. 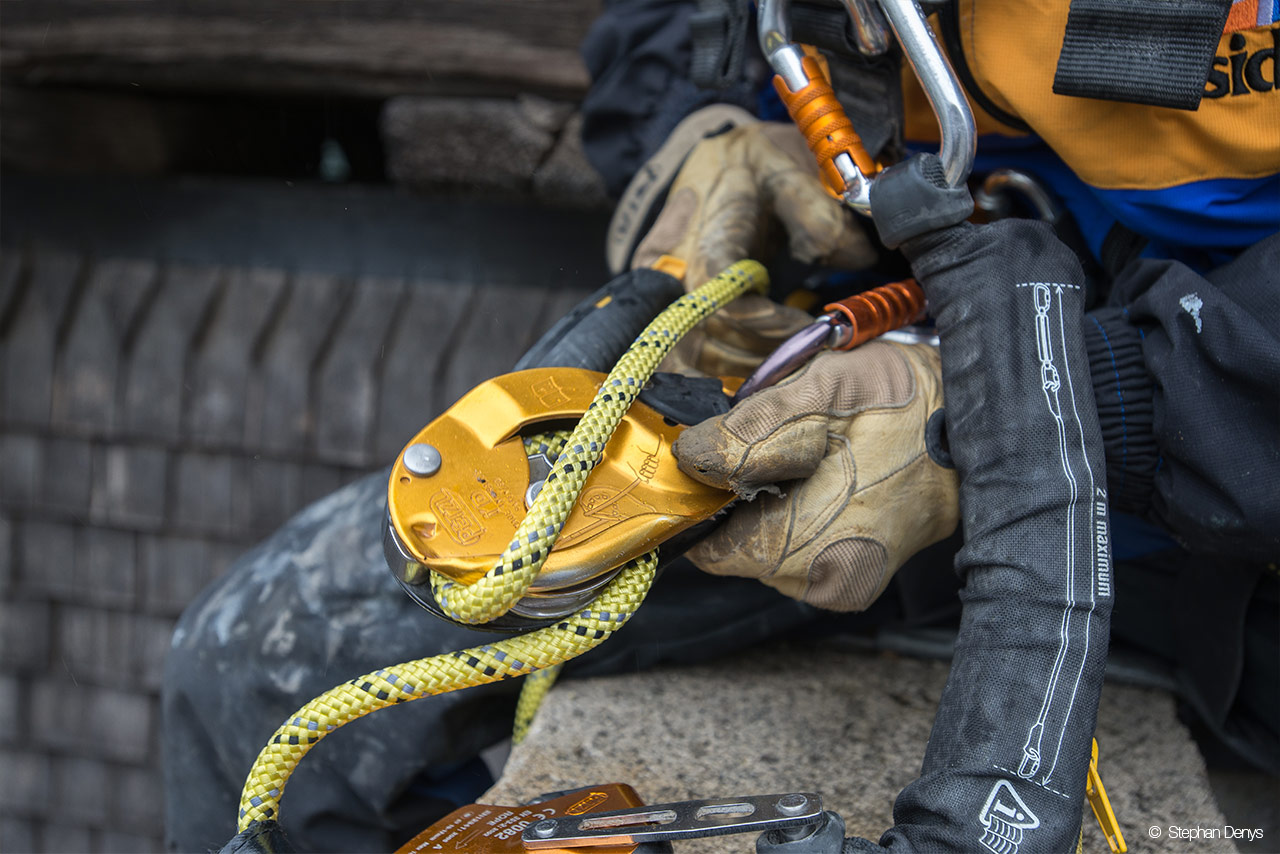 I'D and RIG descenders with safety gate 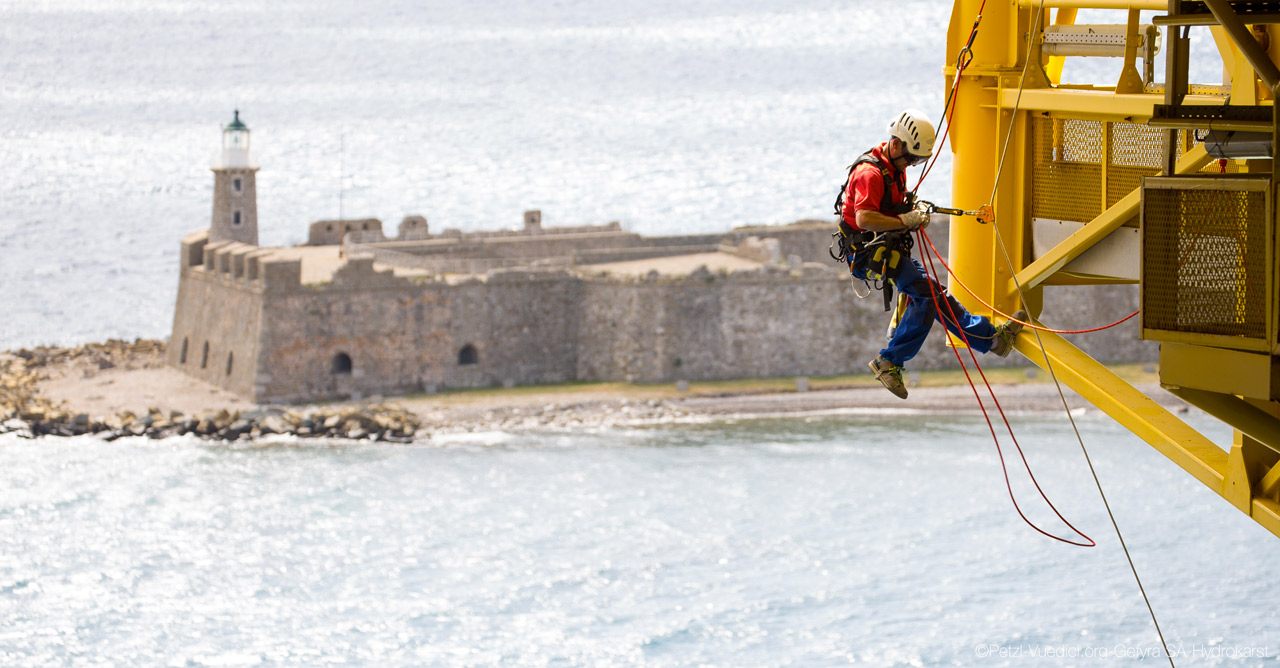 The situation is much different between the carabiner at the end of lanyard that will be constantly opened and closed, and the anchoring carabiner for a fixed rope that will remain closed for a long period of time without being checked. The following tech tips provide recommendations and the right choice of carabiner for most cases.

At the end of a fall arrest lanyard

At the end of a work positioning lanyard

On each activity page, the tech tips are organized by chapter: basics, choosing a carabiner, belaying, … 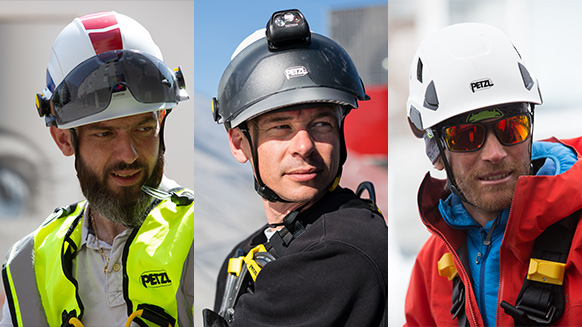 Ready for any job Rope access professionals, search and rescue teams, roofers, carpenters, artisans, and tower workers out there getting it done. Rope access and confined space 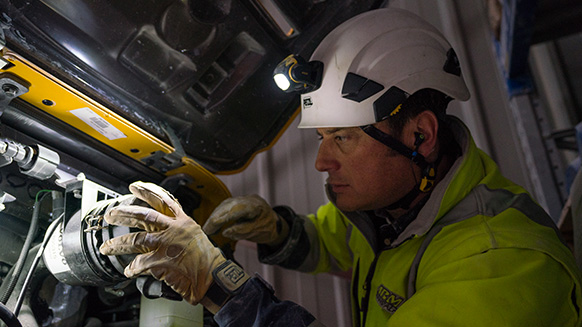 Why you can always count on PIXA headlamps For most professionals, a lighting system is not just a simple accessory, but an essential work tool like any other. As soon as you operate in the dark, it is impossible to do your job well if you cannot clearly see what you are doing. For decades, Petzl has set its sights on providing users with lighting solutions that are well adapted to the limitations of their complex work environments. Our primary objective has always been to design a hands-free tool that allows users to simply do their jobs well. With the PIXA line of headlamps, we go much further. Rope access and confined space 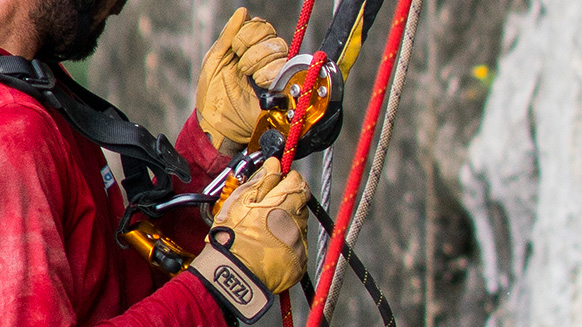 New Petzl self-braking descenders: users tell all! In 2018, we launched the new self-braking RIG descender equipped with our AUTO-LOCK system and a reinforced robust design. In 2019 the entire line of I’D will undergo the same enhancements. Who is better placed to share their first-hand experiences about the incredible benefits these new improvements offer than those professionals using our descenders day-in and day-out? Rope access and confined space