10 team photos from the Petzl RopeTrip

Created in 2012 in Crolles (France), the Petzl RopeTrip is an international competition that brings together rope access professionals from all around the world. Organized every two years, this gathering was held in Uppsala (Sweden) in 2014 and in Salt Lake City (USA) in 2016. This unique event allows participants to demonstrate their technical skills and ability to work as a team. View our selection of 10 Petzl RopeTrip photos showcasing incredible teamwork! 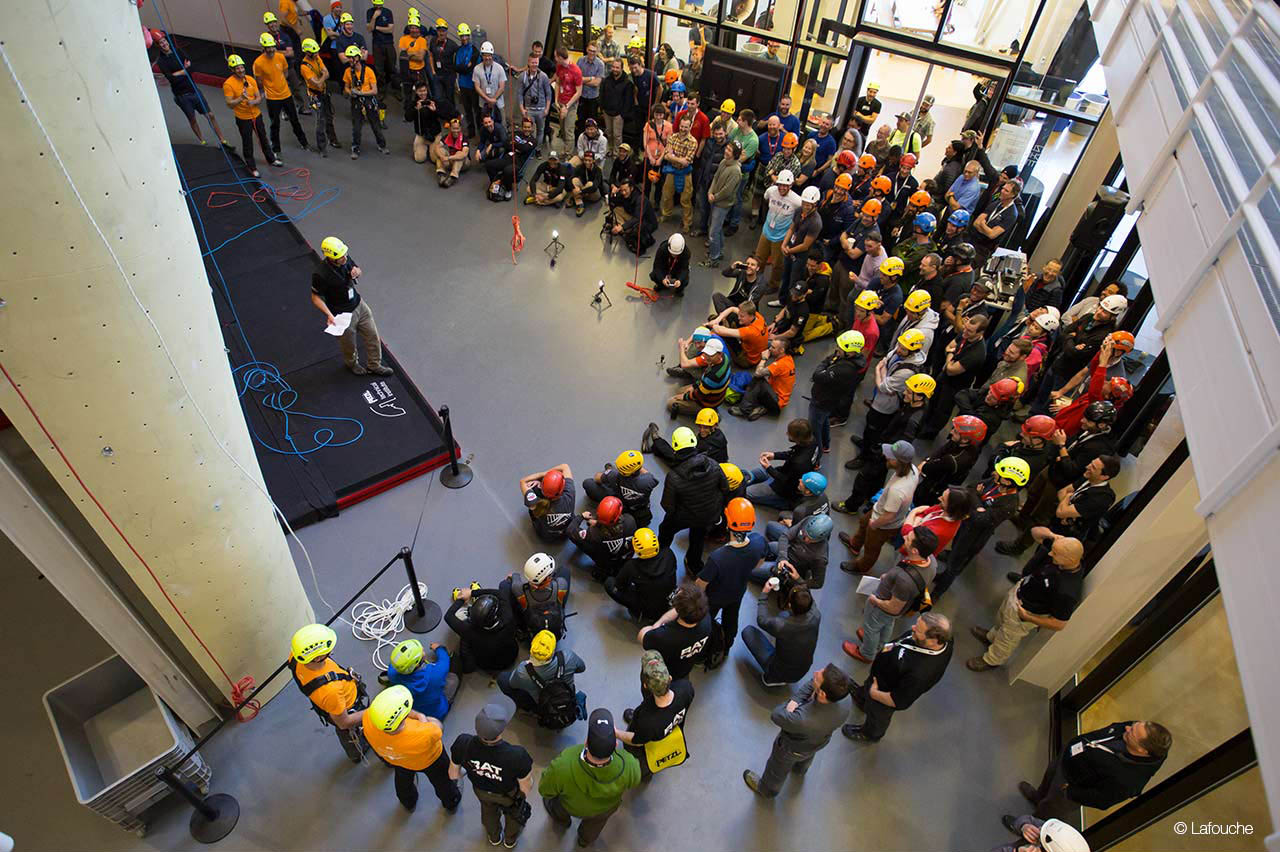 Qualifying round requiring teams to maneuver in three dimensions to gather a certain number of objects - Salt Lake City, USA 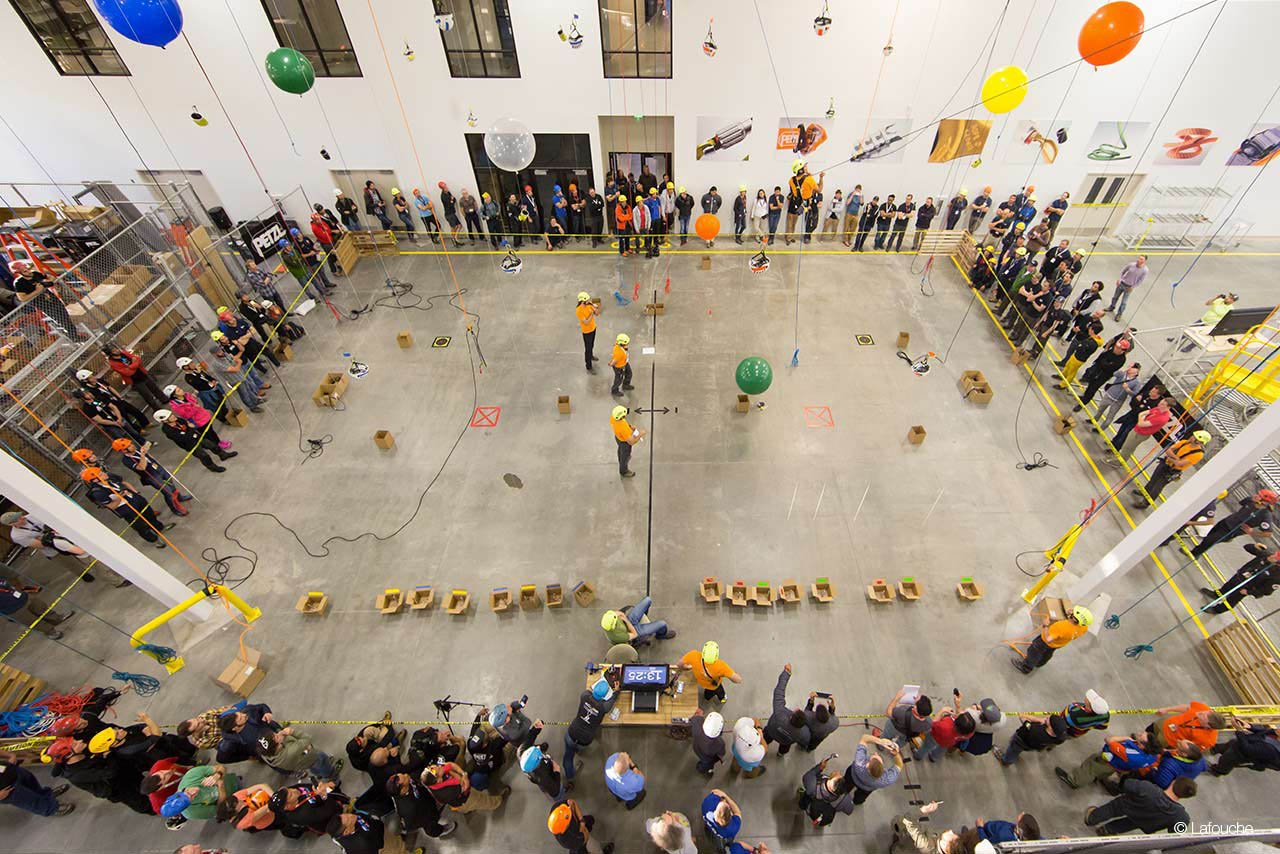 The finals at the first Petzl RopeTrip: rope work as a team - Crolles, France 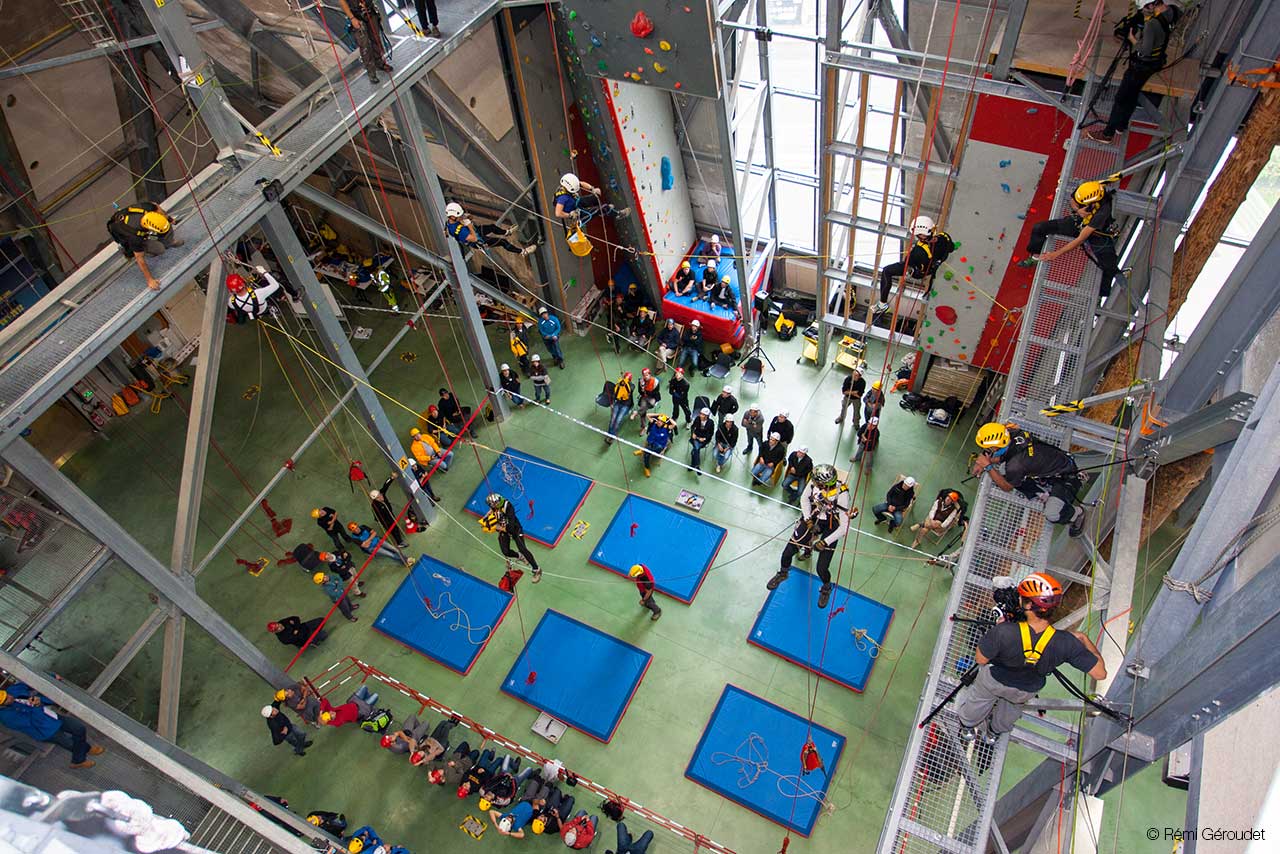 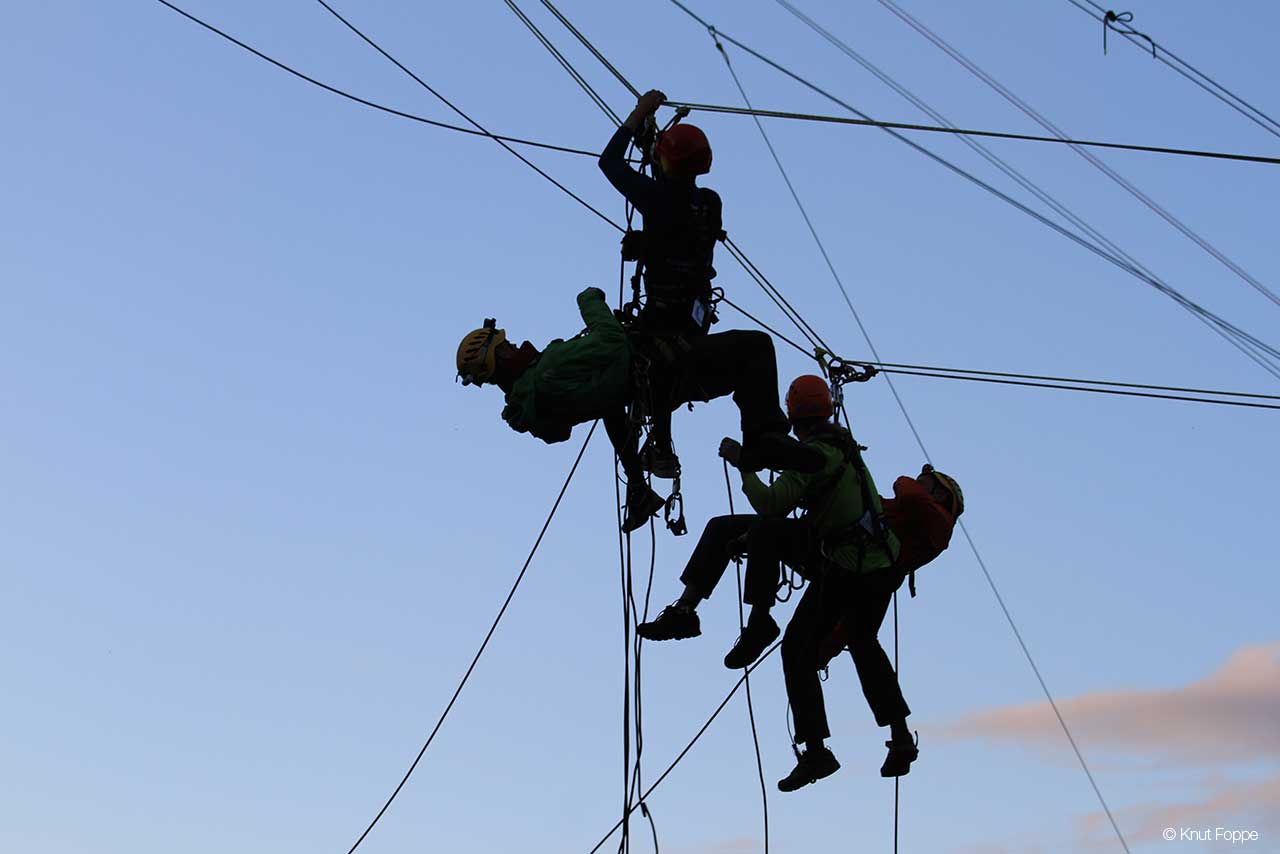 5. An odd place to make friends 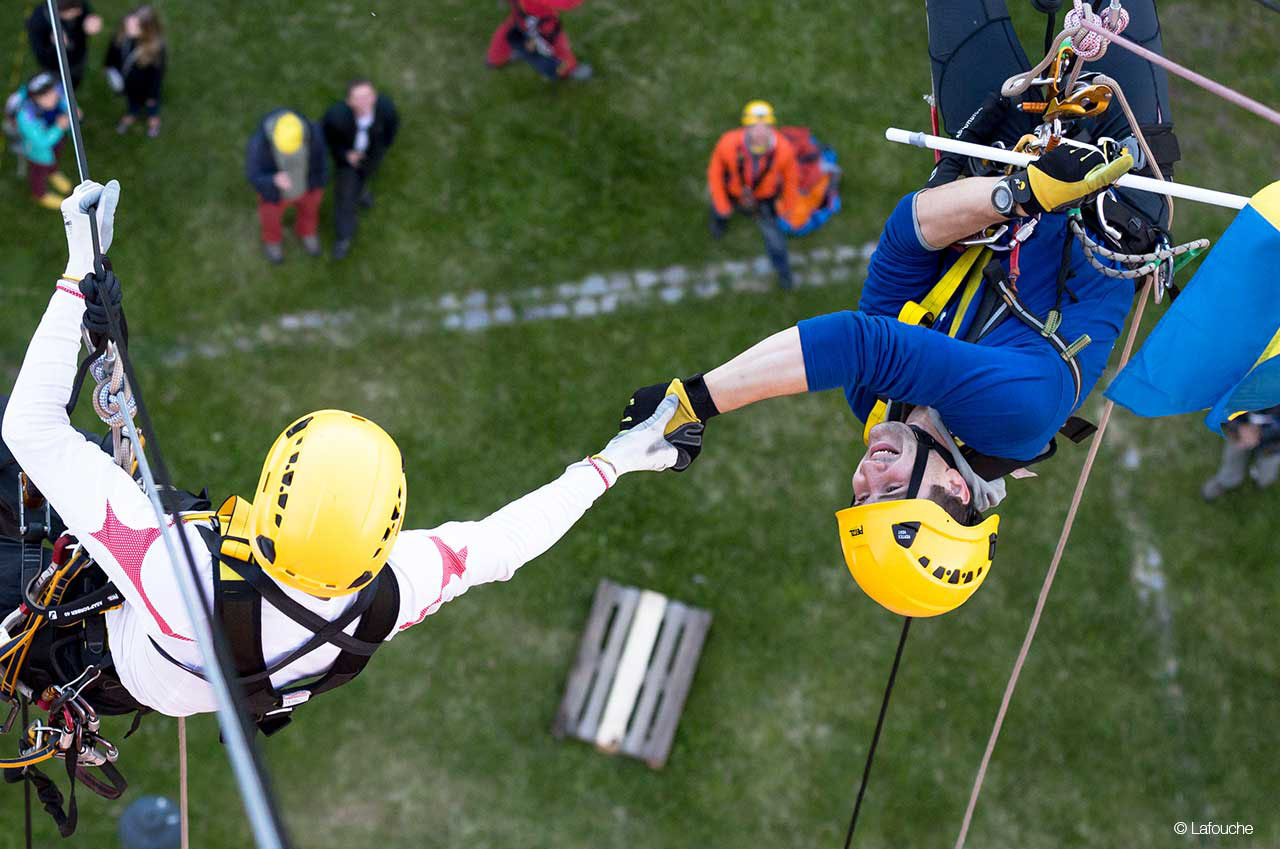 6. To each their own lane 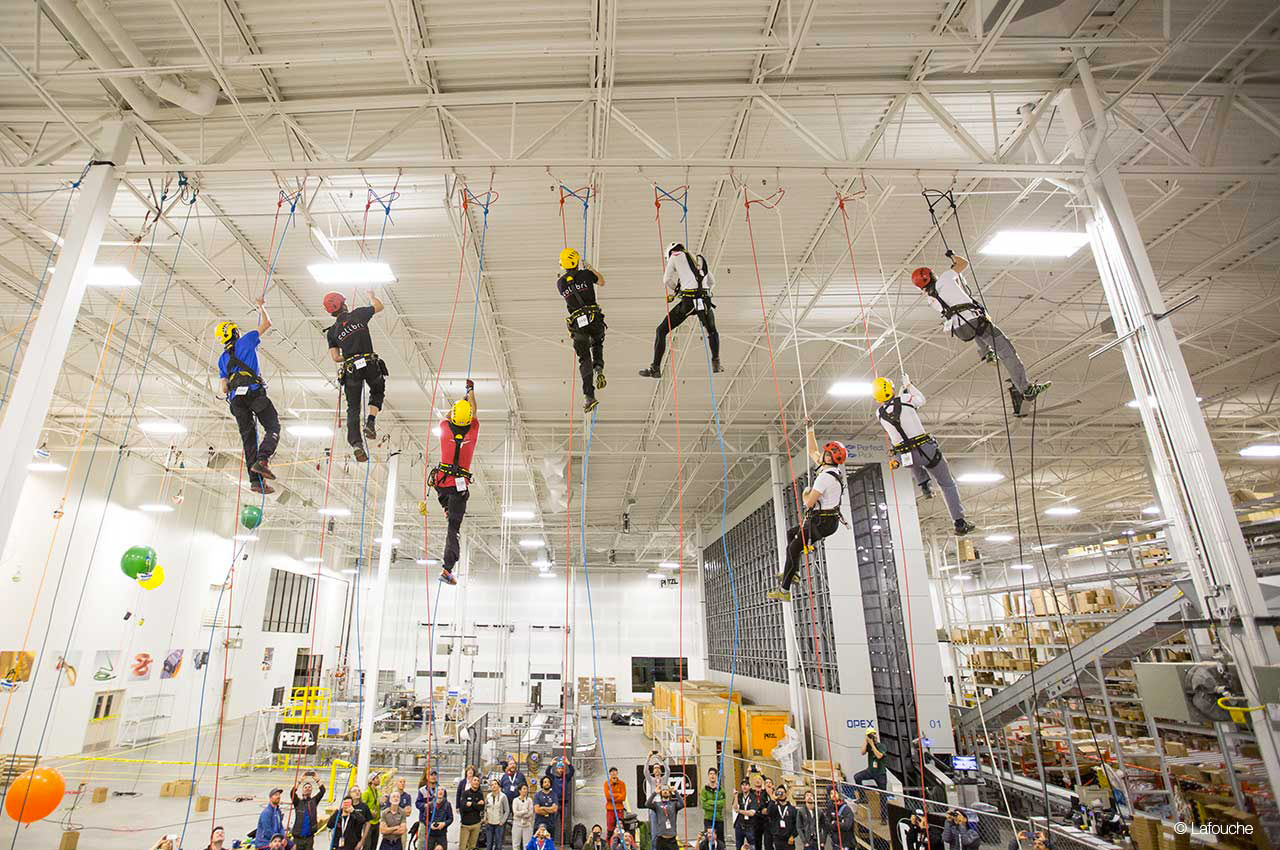 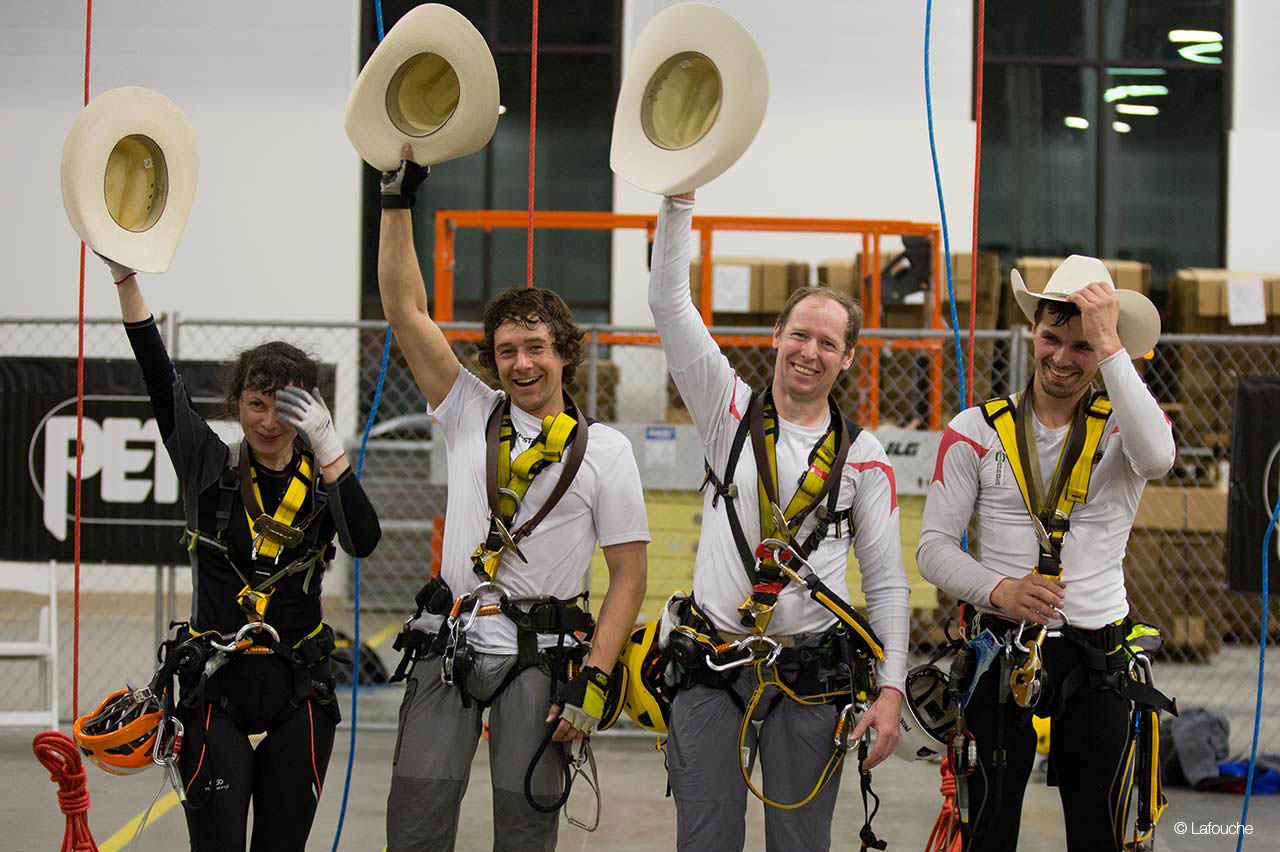 8. Faster than your shadow?

Each team is off to a running start to hang banners on the facade of the public library - Salt Lake City, USA 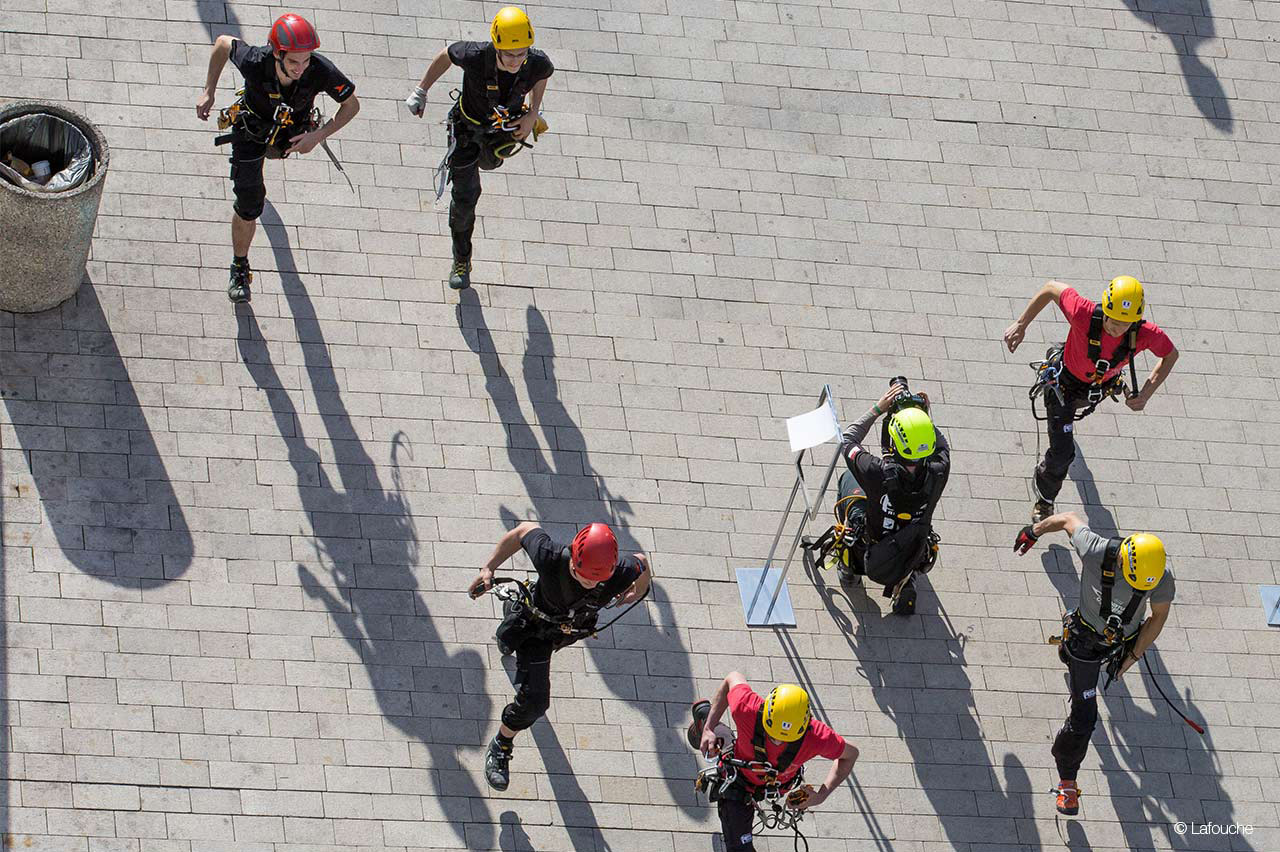 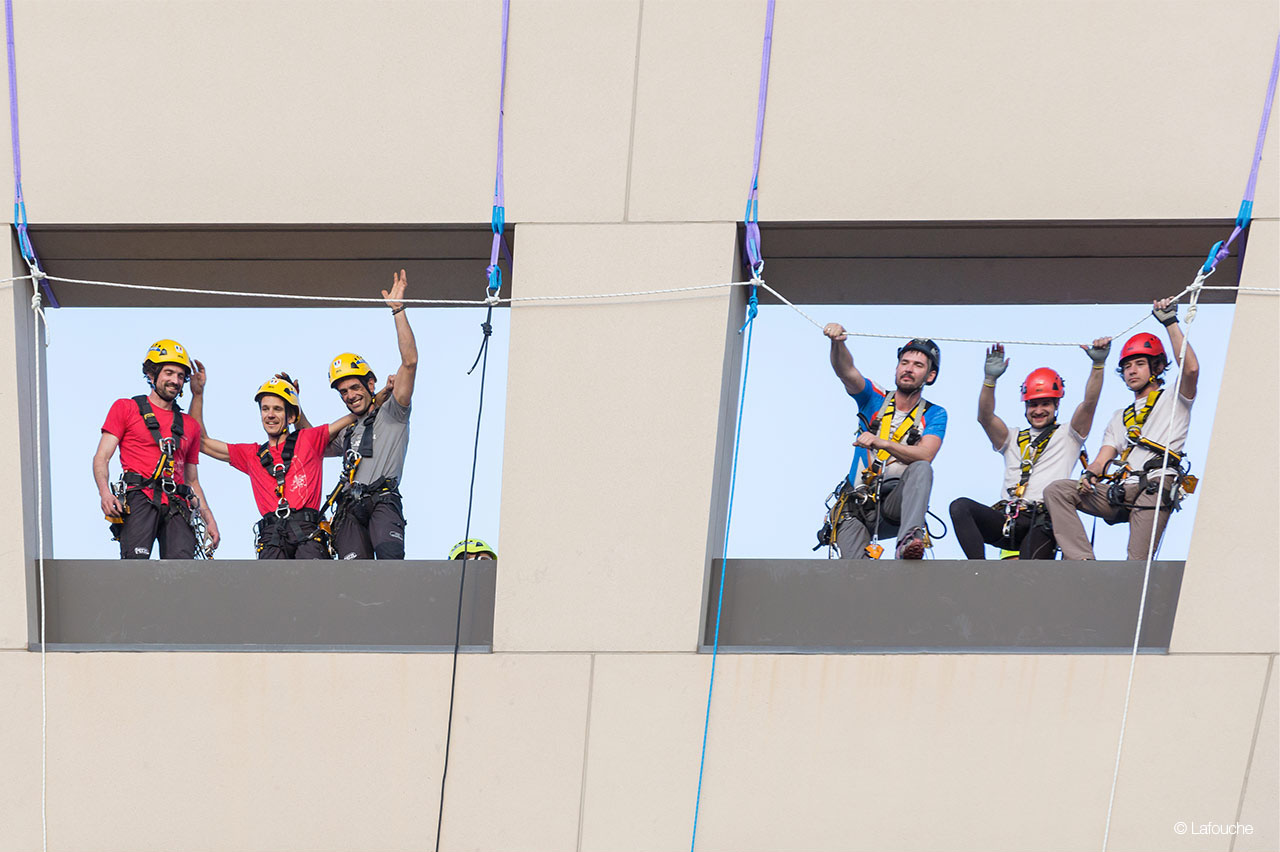 Participants in the 2016 Petzl RopeTrip in front of the final facade decorations for the city library - Salt Lake City, USA 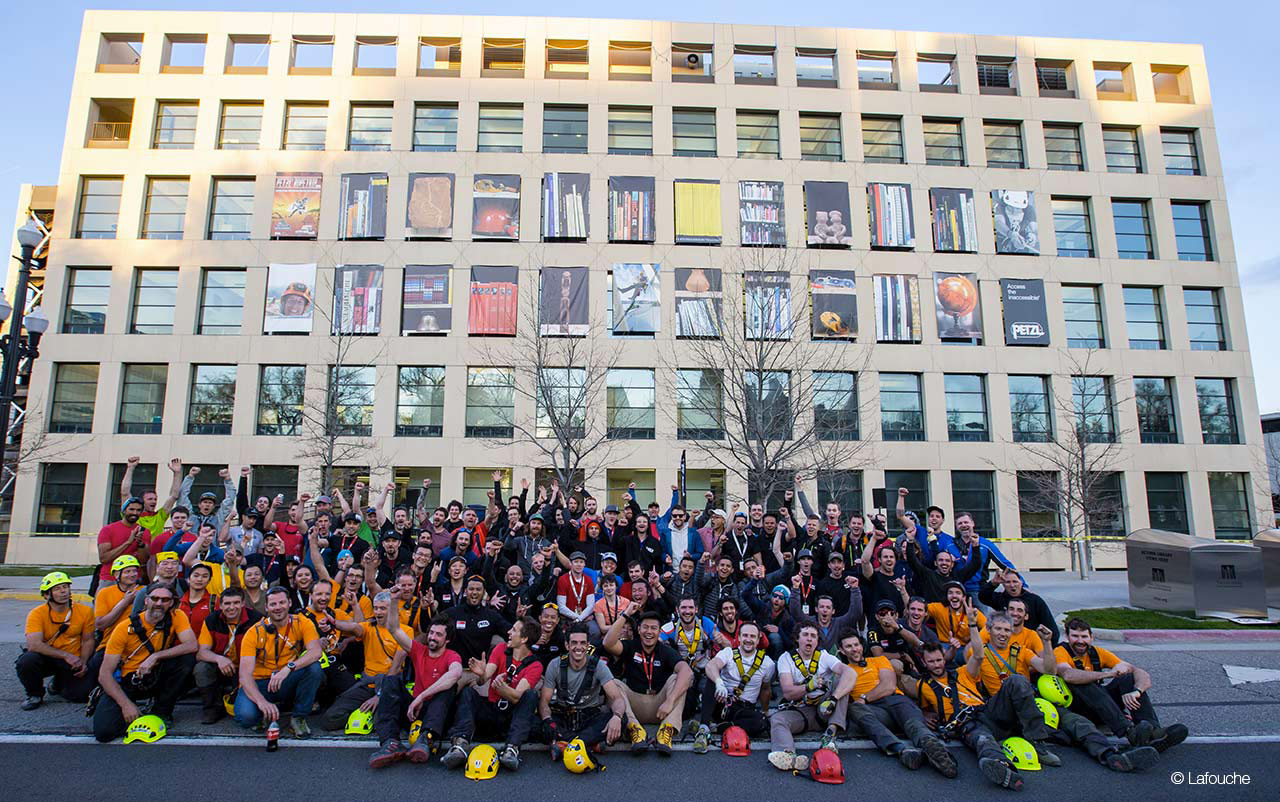 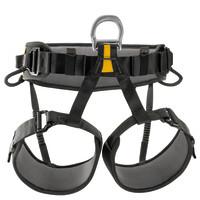 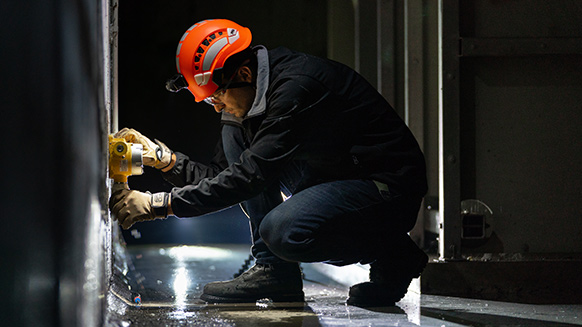 What you need to know about the SWIFT RL PRO With 900 lumens of lighting power, the SWIFT RL PRO is Petzl’s brightest compact headlamp. Lightweight and rechargeable, the SWIFT RL PRO features REACTIVE LIGHTING® technology, which automatically adjusts brightness to user needs. Equipped with mixed and focused beams, as well as white and red lighting, technicians will simply love this headlamp in the workshop, for small maintenance jobs, and for concerts and shows. Rope access and confined space 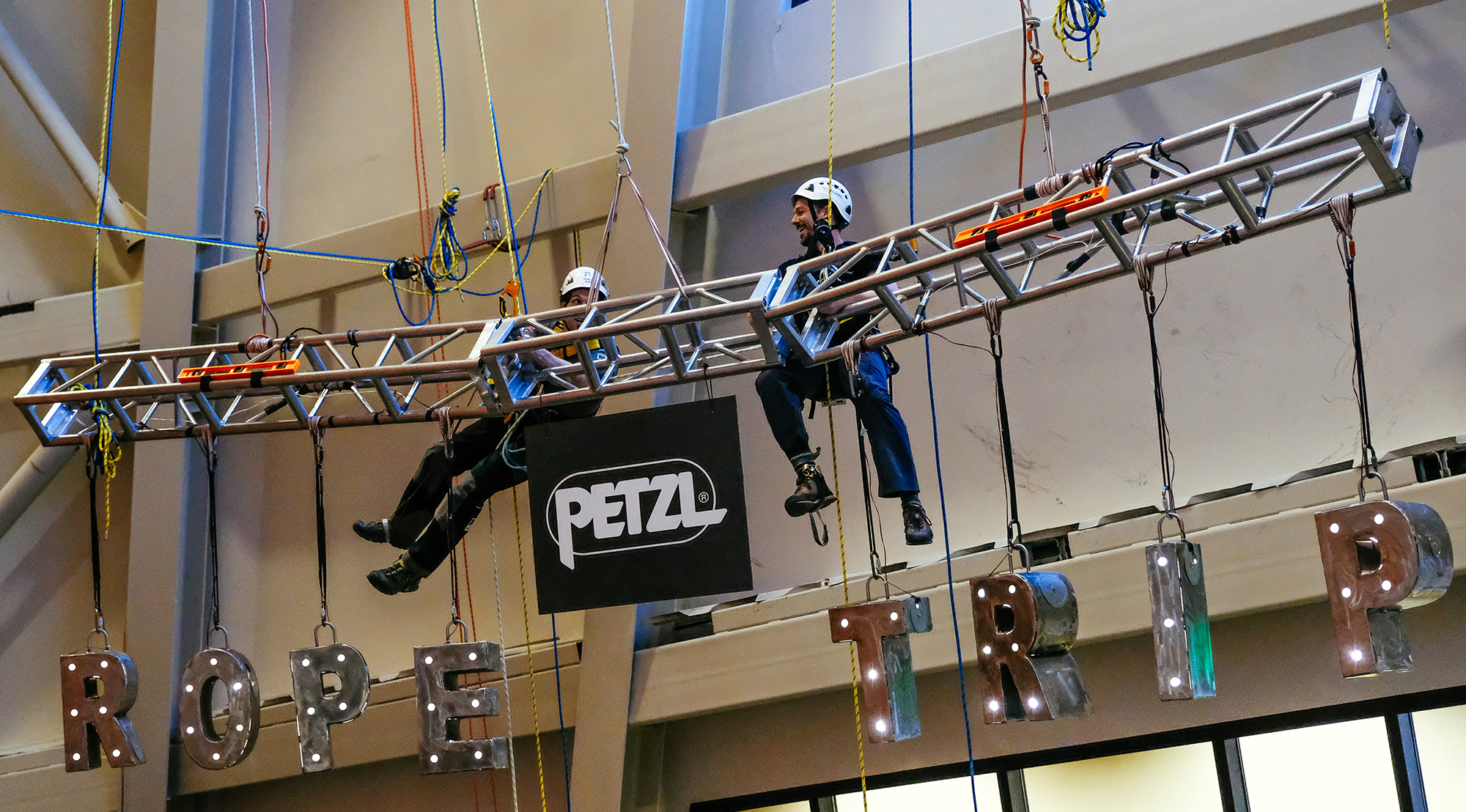 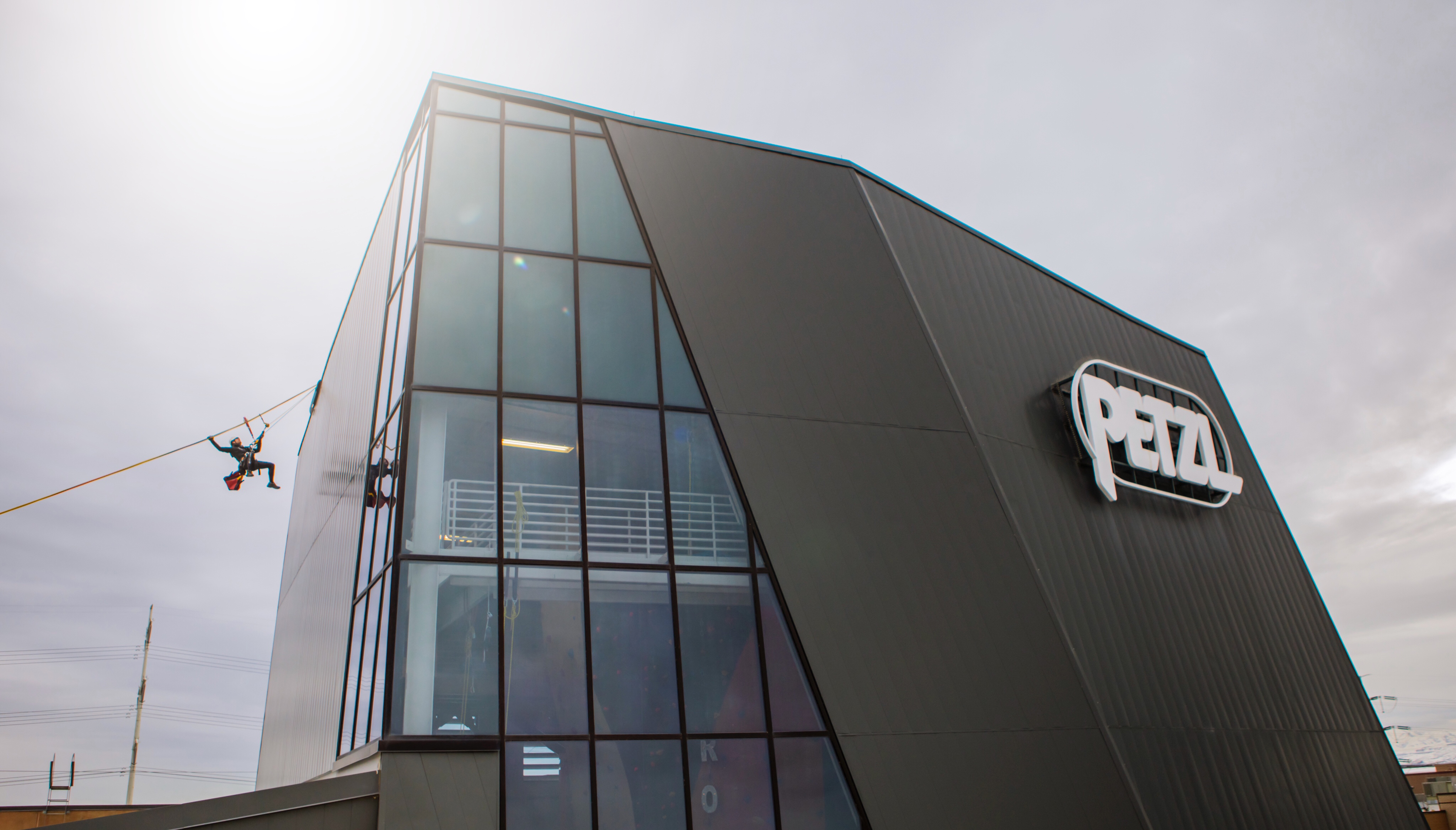 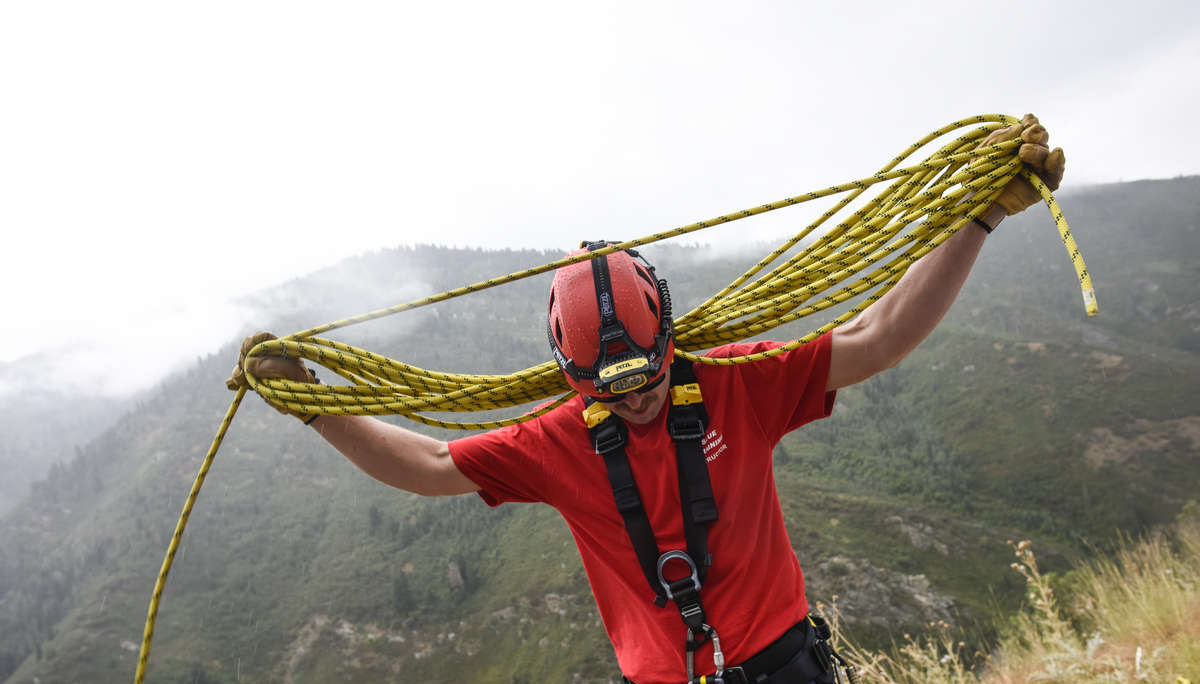 How To Inspect Your Rope One of the most surprisingly difficult pieces of PPE to inspect are ropes. Rope access and confined space