Trail running continues to grow in popularity all across the world, from the United States to Mexico by way of Asia, South Africa, and Europe. Every year we discover both new and decades-old races. Fred Bousseau from Trails Endurance Mag and athletes from Team Petzl provide a quick overview of the races that all of us dream of running one day… 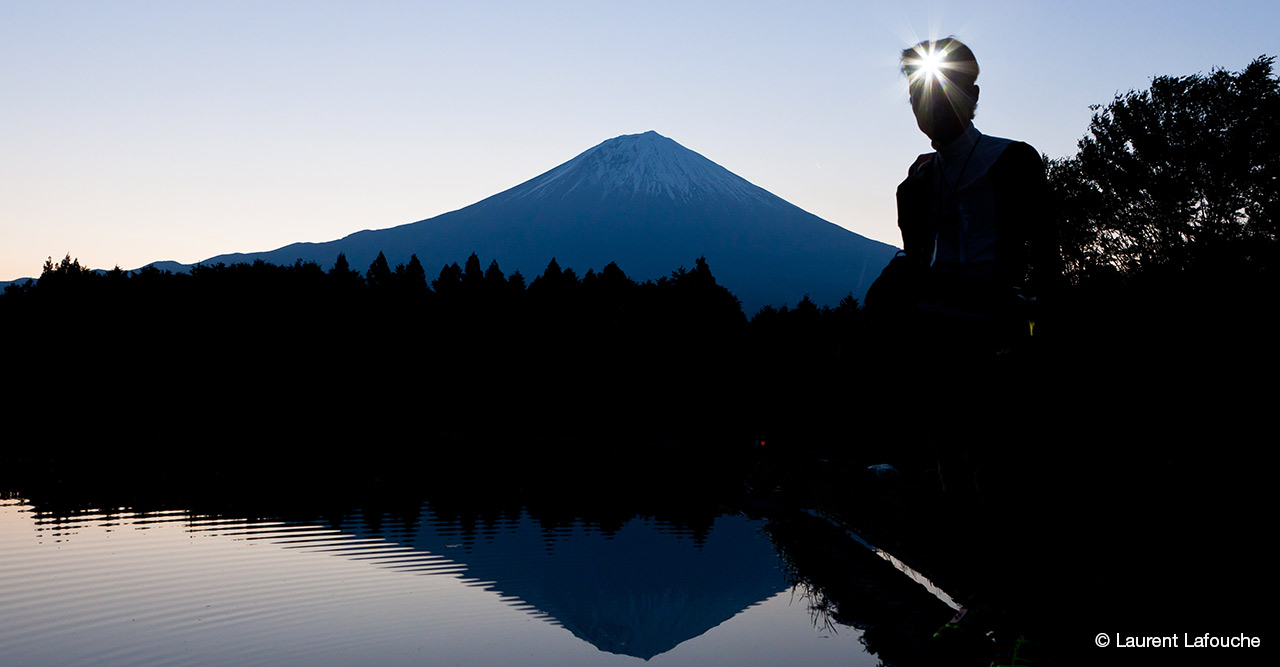 Historic races that you just have to run at least once…

Certain races are more than 100 years old, such as the Trophée du Vignemale in France (1904), which originally served to rank high-mountain guides, based on the results in a race to and from the summit while carrying a 12kg backpack, to determine who had first priority for clients during the season. Other historic races include the Mount Baker Marathon in the United States (1911) as well as fell running in Great Britain, which started in the 19th century.

In addition to these historic events, several other races are now considered among the must-run of the sport. Legendary status or not, it is difficult to know where to draw the line, but all are clearly races that both elite and amateur trail runners dream of entering.

The following athletes from Team Petzl, American Anton Krupicka, a modern running icon known for his extremely minimalist all-natural approach, Spaniard Kilian Jornet, the master of the sport, and French runners Seb Chaigneau, Nathalie Mauclair, and Xavier Thévenard, the crown prince of the UTMB®, agreed to answer a few questions to describe to us the key criteria that have made certain races their favorites. 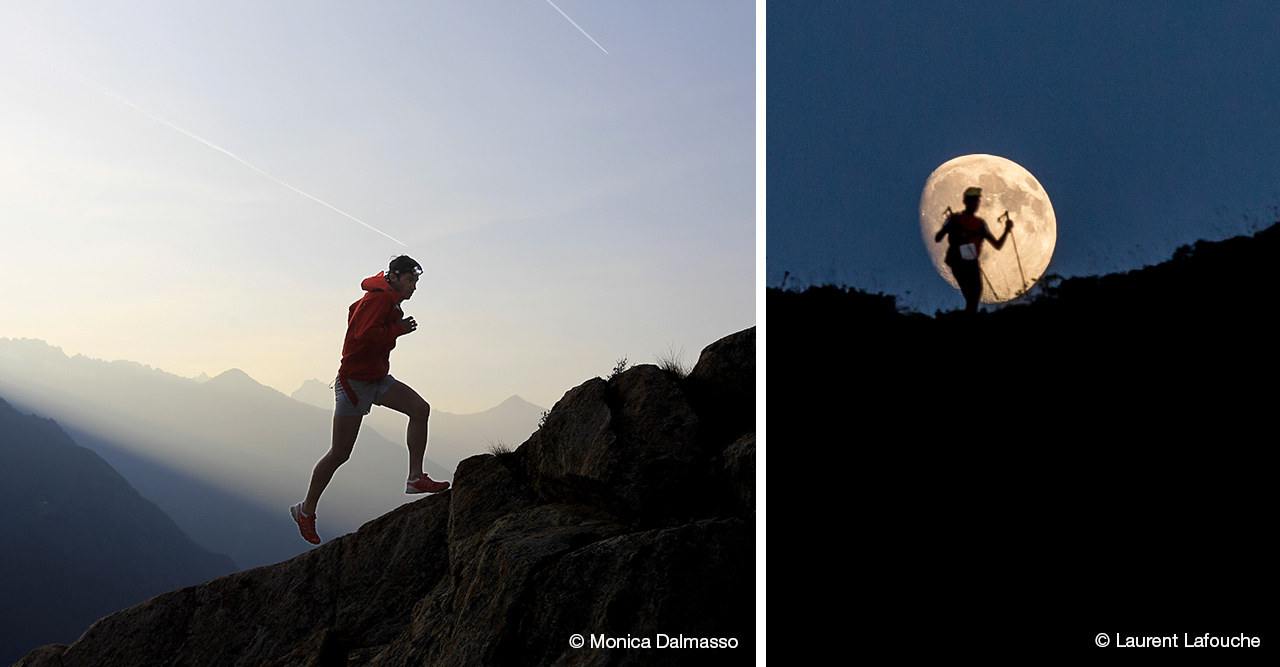 Where one draws the line is clearly subjective.

A legendary race often refers to something symbolic, even requiring a chess-like strategy, such as the Diagonale des Fous, a race that crosses the island of Reunion. However, the runners we interviewed define a legendary race as one that truly stands apart from all the others. Distinct differences include the landscape, the course, the number of participants, and of course the difficulty of the race. The elements that make a race stand out in difficulty are technical terrain, remoteness, length, running both day and night, and the weather. Through these criteria, the running community itself has established the lore of these now legendary races that every trail runner dreams of finishing one day.

Kilian Jornet sums it up this way, "they are an integral part of the history of the sport." 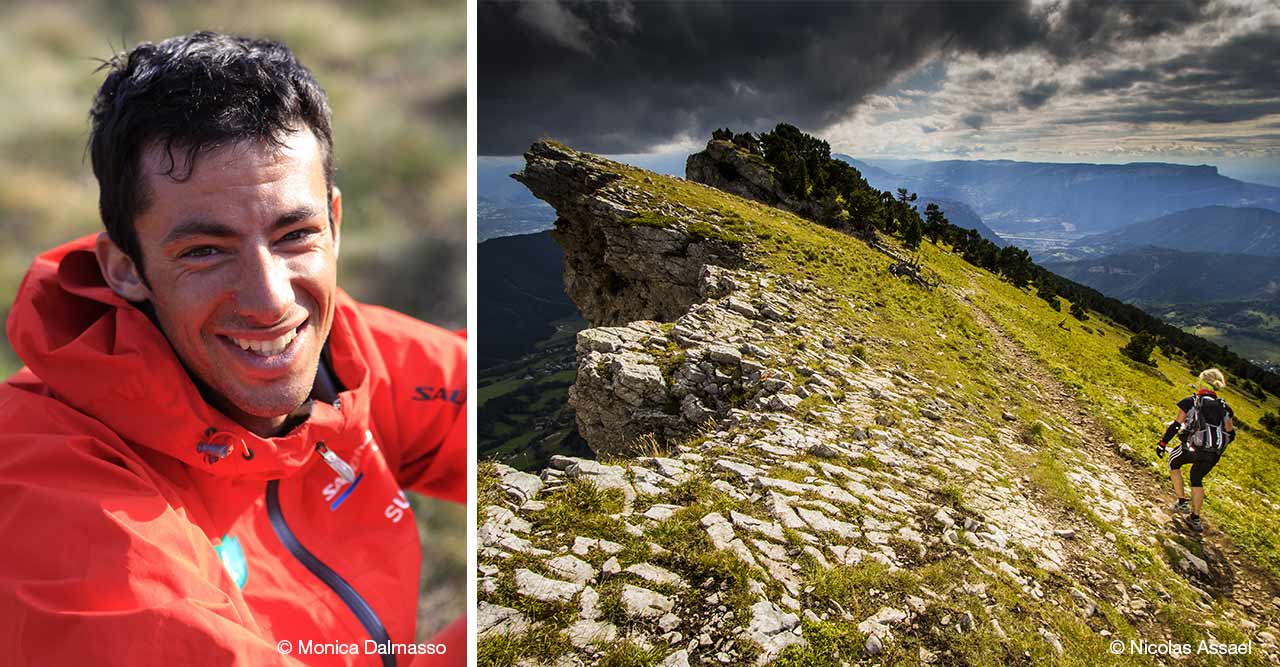 Races become legendary for a specific reason. The Zegama Mountain Marathon in Spanish Basque Country is legendary for its unique atmosphere, the Hardrock 100 in the United States is legendary for its rugged wilderness high-mountain course, Sierre-Zinal in Switzerland is legendary for running the same 32km course since its first edition over 40 years ago, the Western States is legendary for being the first American 100-mile race and by following the original miners' trails during the California Gold Rush, the Marathon des Sables is legendary for crossing through the Sahara desert, and more recently the Ultra Trail du Mont-Blanc in France and the Ultra-Trail Mt. Fuji in Japan have earned legendary status in connection with a country or a continent's world renowned symbolic locations. For Xavier Thévenard, who has placed first in every one of the 4 races that make up the UTMB® (CCC, TDS, OCC, and UTMB), "It's always magical to be able to run around the Mont-Blanc Range." 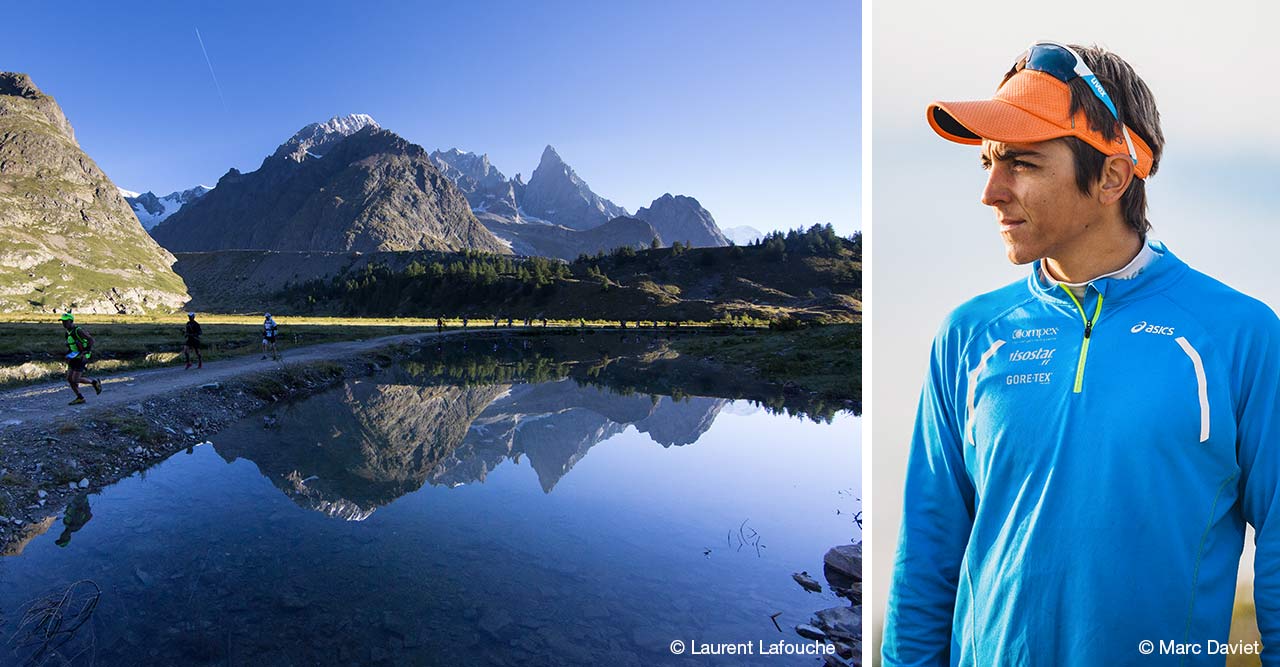 The dream of a liftetime!

Through these exceptional adventures runners themselves have written the history of trail running, whether a world champion or an amateur simply seeking adventure and a personal challenge; the obstacles to overcome contribute to writing the history of these legendary races.

We have all read or listened to stories from the protagonists of these major events: adjusting to the altitude, battling the cold or heat or drowsiness, digging deep for that extra bit of physical strength, contemplating dropping out and then finding the mental fortitude to cross the finish line smiling while perhaps in pain. This is how, through tales of adversity, a legendary race becomes the dream of a lifetime!

Experiencing an amazing sunset alone in the mountains, listening to the silence of the wilderness, taking pleasure in those simple moments, enjoying the atmosphere, sharing the race with friends and family, these are the first words that come to mind for runners on Team Petzl.

In the end, isn't participating in a race, "legendary" or not, all about becoming one's own hero, taking on one's own personal challenge, having pride in simply being, and dreaming and then making that dream come true? 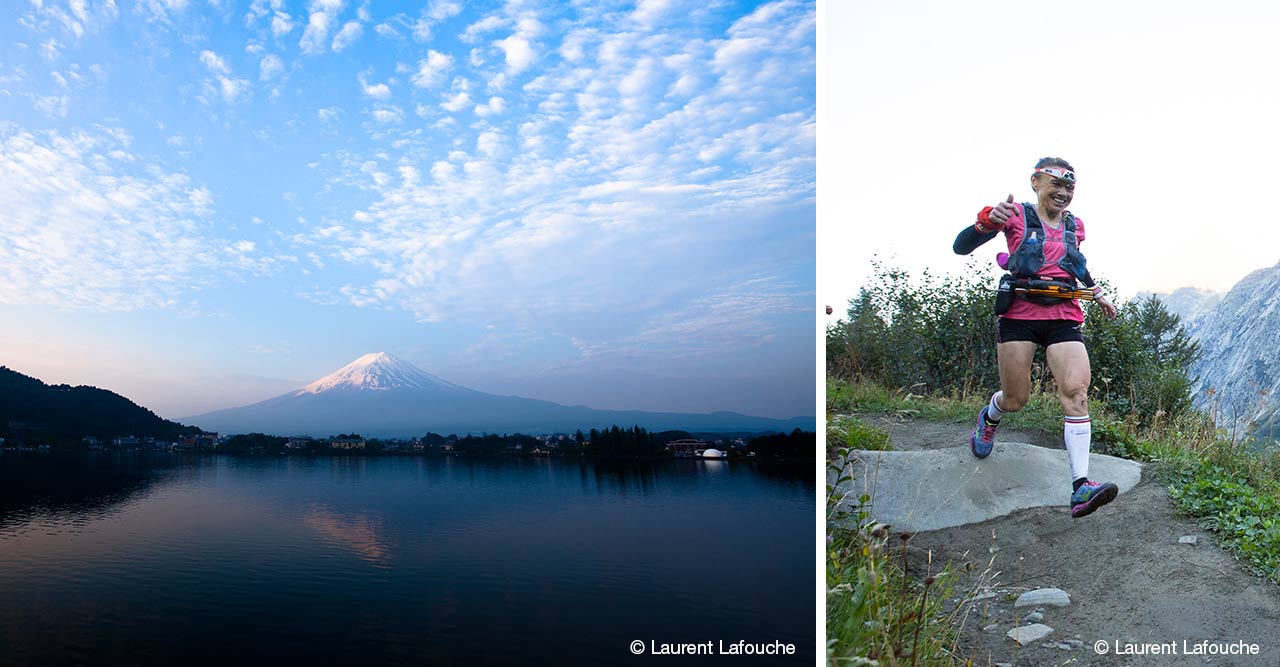 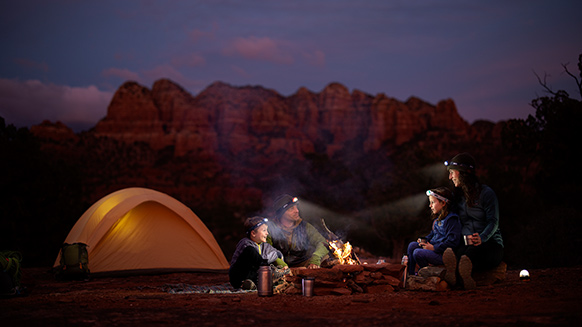 Backpacking as a family in the Arizona desert The Kelley family made the conscious choice to live far from the big city streets to experience the incredible solitude of a remote green oasis in the middle of the Arizona desert. They pace their lives to the rhythm of a wide variety of outdoor adventures, from climbing to backpacking, to fully immerse themselves into the state’s pristine desert wilderness. Night running 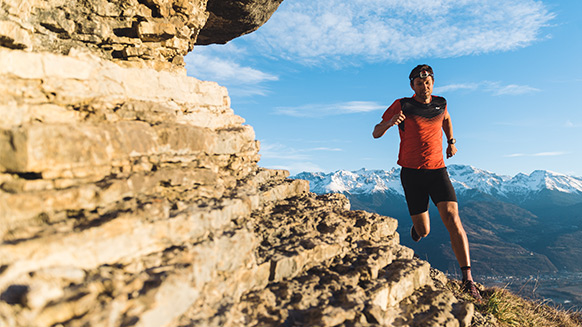 Pros share their tips for running trail ultras Crossing the French Alps in stages offers seasoned runners, familiar with towering peaks and long distances, the chance to stretch their legs and reconnect with ultrarunning after the two-month stay-at-home lockdown in France. Camille Bruyas, Julien Michelon, Nathan Jovet, François d’Haene, Sebastien Spehler, Thibaut Baronian, Michel Lanne, and Theo Detienne decided to invent their own unique challenge for July 2020: 980 km, 40,976 meters of vertical gain, 8 athletes, and 5 stretches of backcountry trails to cover on foot or mountain bike. Enjoy this exclusive where each these pro athletes share their advice and favorite tips on how to take on such a colossal endeavor. Night running 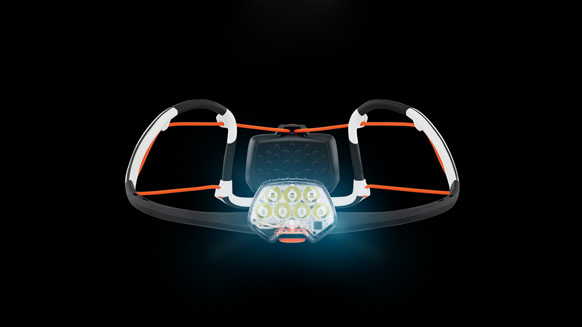 IKO, the headlamp reinvented Lightweight, multi-beam, and equipped with our AIRFIT headband, Petzl’s IKO and IKO CORE headlamps offer everyone who loves new gear, new technology, and enhanced performance the chance to enter a new age of enlightenment. Night running 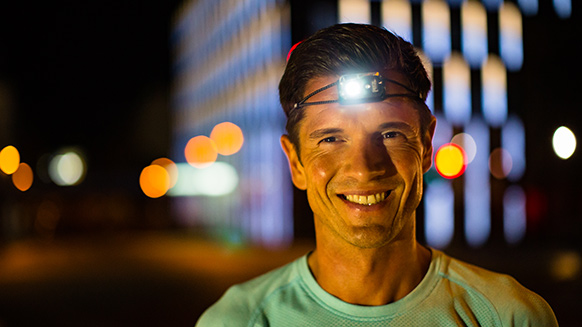 How to choose a headlamp for running Early morning or late at night is when you like to run. But do you prefer the city, the suburbs, or the great outdoors? The streets, the park, the beach, or the mountains? For exercise, for your health and well-being, or with a performance goal in mind? Whatever your preference, make sure that you choose the best headlamp for the way you like to run. Night running