Vanessa François: from El Cap to the Grand Cap at arm's strength!

Two years after "El Cap à Bout de Bras" (El Cap at Arm's "Strength"…) in Yosemite in 2013, Vanessa François made another dream come true by climbing the Grand Capucin (Mont Blanc Range, France) via "Echo des Alpages," with Liv Sansoz, Cédric Lachat, and Fabien Dugit. While the impressive face has intimidated more than one climber, it provided this somewhat eclectic team with a fantastic human adventure, and represents an incredible accomplishment on every level. Read the ascent report as told by these truly extraordinary climbers… Liv Sansoz, transforming a complex project into to an incredible human adventure!

"Above all else, the Grand Cap project represents a human adventure that was planned and carried out with heart. At the start, there was Vanessa's desire and determination to push beyond her own limits and dreams as a climber. Then there was everyone else who was involved, volunteering their time and energy to allow her to make this dream come true. Then there were everyone's amazing technical skills! Vanessa's incredible pull-up technique and ability to climb, Fabien and Cédric handling the terrain and rope systems to allow Vanessa and everyone else to reach the base of the wall, and managing the logistics of such an ambitious project. What was amazing and so magical about this adventure was how well everyone worked together, pooling their skills as a group for the project to succeed. When there is such great team synergy, even the most complex undertaking can be accomplished with amazing ease."
-- Liv Sansoz Vanessa François, there are no words to describe how I feel...

"I wanted to bask once again in the Grand Capucin's amazing light. This is where the project to climb the face was born. Over the course of several discussions the idea took root, finally gaining traction with everyone who ended up participating. We had to cope with unpredictable weather, to juggle everyone's schedule, and to manage the technical preparation. In the end, the dream took shape for a wonderful human adventure and there aren't enough words to describe the emotions that I feel… Pure joy!"
-- Vanessa François Cédric Lachat and Fabien Dugit, the more complex the project, the happier we are…

"The technical challenges made this project almost impossible, since the main face on the Grand Capucin is not steep enough. After discussing the issue with Fabien Dugit, we offered to help Vanessa with her project. Her dream seemed just out of reach, and it was fantastic being able to make it happen. Fabien and I were motivated to figure out a way to overcome technical challenge, and we needed to work together in order to be efficient.

Why was the project so complex?

The Grand Capucin is not Yosemite! The approach is complicated, with crevasses everywhere, and it is at high altitude, which could have made the climb extremely difficult for Vanessa. It can be windy and cold, snow, and the clouds can roll in, so a window of good weather requires a bit of luck.
First, we needed to assemble a team with a flexible schedule, ready at a moment's notice. Next, Vanessa needed to be able to climb free-hanging fixed ropes. Since she only has her arms to pull herself up, we had to avoid any contact with the rock. The Grand Capucin is unfortunately not steep enough. The wall starts off with 150-meter long less-than-vertical slab, impossible for Vanessa to climb.
What an awesome technical challenge! The more complex the project, the happier we are.… We started by trying out different techniques on the indoor climbing wall at ENSA in Chamonix. Next, with Fabien, Liv, and all of our porters, we made our first trip to the face, spending two days equipping the entire route with fixed lines. This allowed us to test the different techniques we planned to use on the day of the climb. We also needed the cameraman to be able to ascend the ropes in order to film the climb. Of course, we needed the ropes already in place for Vanessa to be able to climb.
At the outset, the idea was to employ the same technique used in Yosemite: one person climbs, fixes the rope for Vanessa, and then everyone else ascends the rope and hauls the bags. However, we quickly saw that the Grand Capucin was not steep enough, and that our task to climb it would not be so straightforward. We would require a lot more time to help Vanessa, which is why we fixed the ropes in advance.

After this first outing, we had a clear understanding of what we needed to do. It was at this point that Liv took over. For me she was the team's mom. She managed and organized everything. I don't think there is anyone more skilled than she at organizing and managing a team from start to finish of such a long project. We had to organize the porters, make sure that there were people on site to melt snow for water, and to help Vanessa across the glacier. Liv even found a paramotor pilot to fly Vanessa to and from the glacier. The pilot also helped to take video from the air. We needed to bring enough food and climbing equipment for the entire team. If even the slightest detail had been overlooked, I don't think the project would have worked. Liv managed everything. In addition to being a fantastic organizer, she is extremely efficient. What really impressed me was her ability to stay calm and relaxed. She took great care of Vanessa, just like a mom would. I think that the experience would have been much harsher for Vanessa in terms of comfort if it had been just Fabien and I. Quite frankly, when you're cold and tired, it's already an ordeal to take care of yourself, let alone take care of someone else.

Fab, Liv, the porters, and I left the day before Vanessa to set up camp and to start preparing the climb. Liv set up base camp, the landing area for the paramotor, and prepared everyone's haul bags. 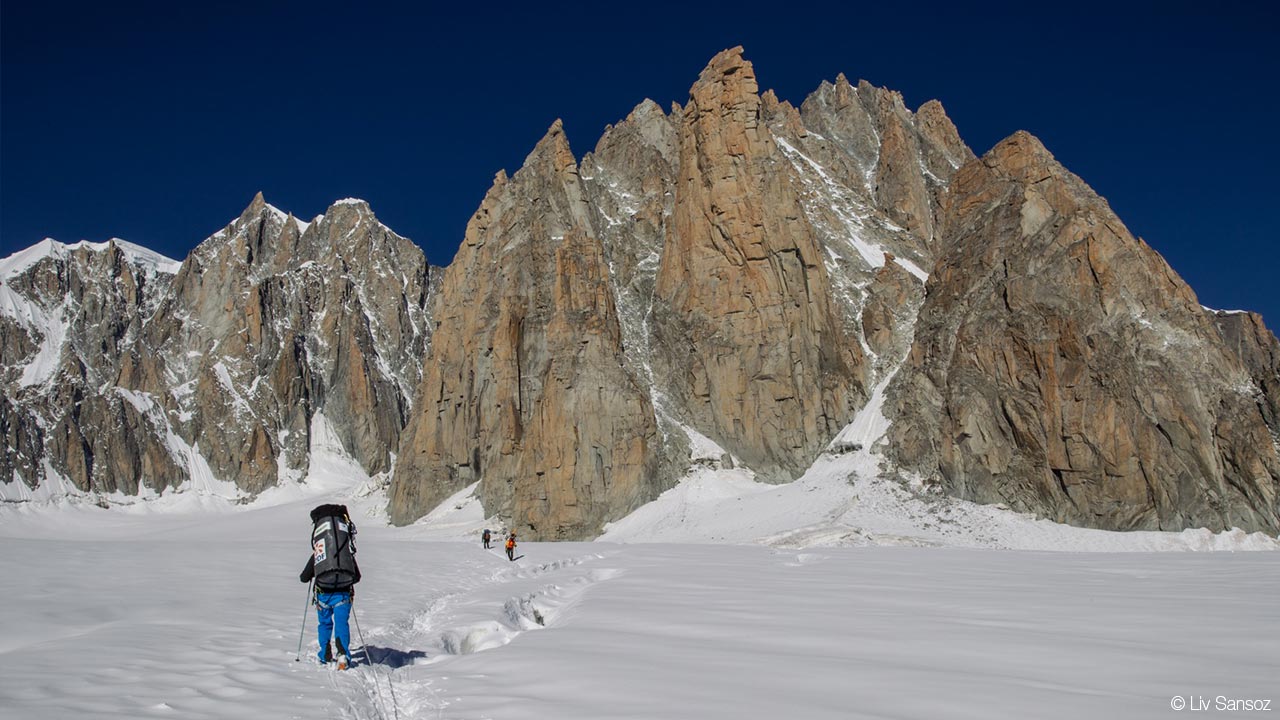 Fabien and I set up a 170-meter long Tyrolean traverse for Vanessa to bypass the first section of slab (a great first for us in the mountains).
Next, we hauled the bags and set up a portaledge.
The following morning, Vanessa ended up arriving late at the base of the Tyrolean traverse; nothing in the mountains is ever simple and straightforward. By the time she tied in and climbed to the top of the Tyrolean traverse, it was already the end of the day. We had planned to climb 60 meters higher on the first day, which meant that we were already far behind schedule for the following day.
The first day proved much more complicated than I could have ever imagined. Nothing turned out to be simple.
Vanessa was able to ascend a rope without difficulty, but moving her around on the ledges proved to be extremely complicated. Fabien and I always had a plan for using the ropes to move her around, but the maneuvers were always very technical. 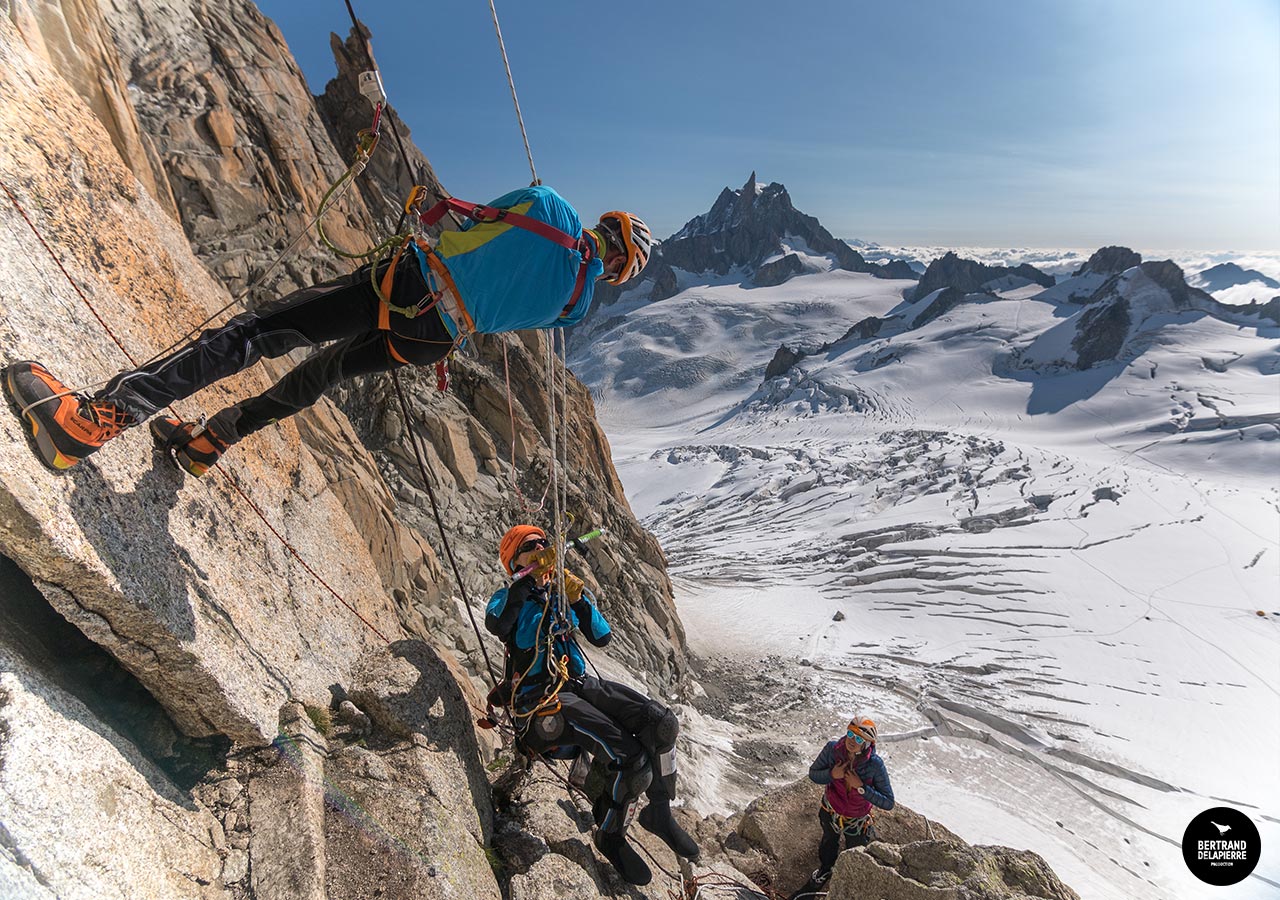 The following day we had to climb as many pitches as possible. While everything went as planned, and Vanessa climbed really well, there was always something unexpected, such as obstacles that Vanessa simply could not climb over. Personally, these weren't my favorite moments of the trip, since we had to use complicated rope maneuvers to resolve each unique issue, even though I usually love this type of challenge (thanks to my training as a state-certified caving guide). We stopped the ascent three pitches from the summit to leave enough time to lower Vanessa and set up our bivy for the night.

The next morning we had a big day ahead dismantling everything and heading back down to the valley. With an extra day we could have made it to the summit, but adventures in the mountains are always a race against the clock that you just have to accept.
As Liv would say, everyone has their own personal summit! We accomplished our goal. I think that Vanessa was able to make an amazing dream come true. What an incredible experience. I would like to thank everyone who took part in this project; without them we would have never left the starting blocks. Thanks to everyone's effort and to our partners, we accomplished a dream that some believed to be totally inaccessible…"
-- Cédric Lachat 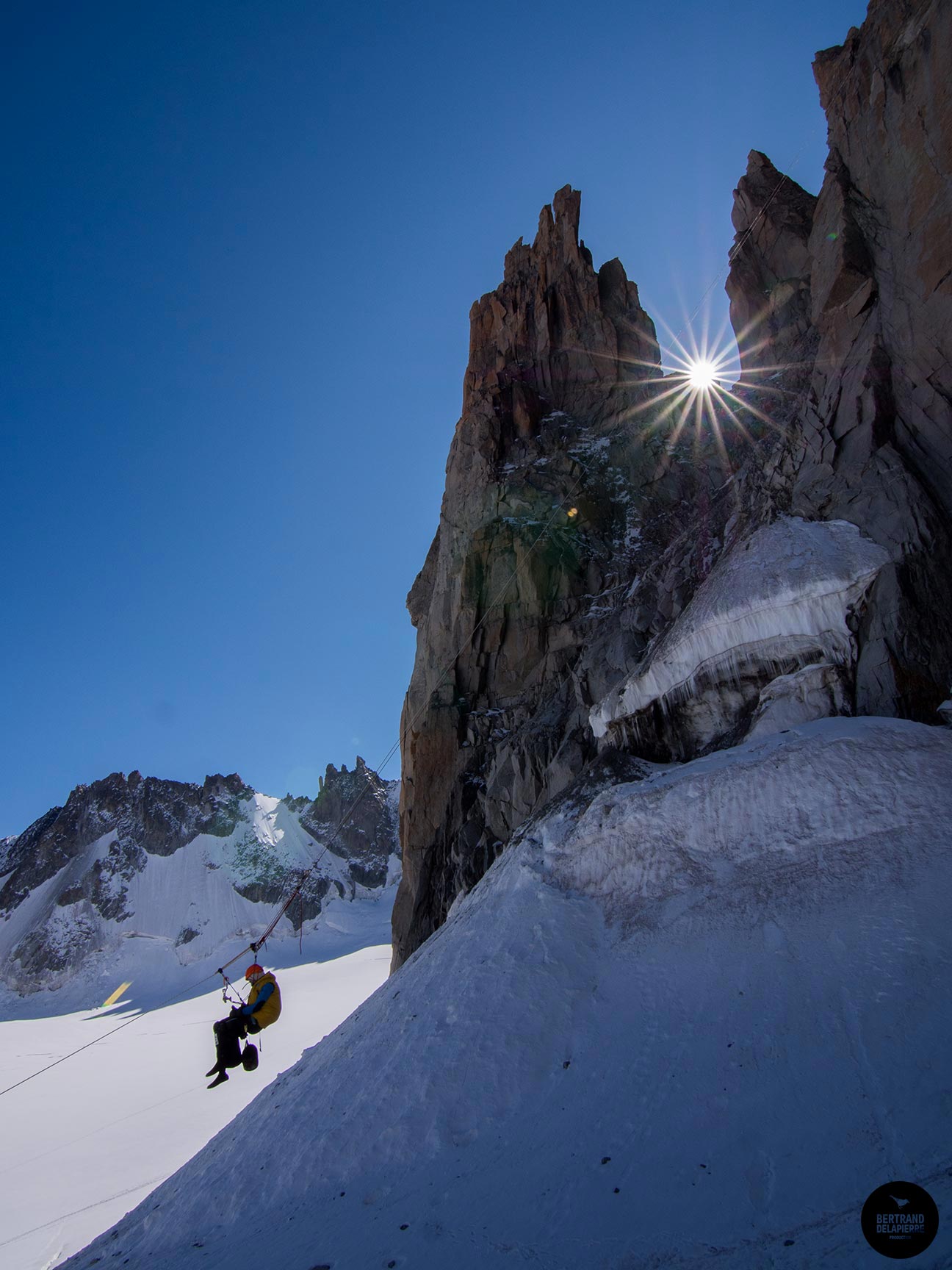 For more information about Vanessa François: 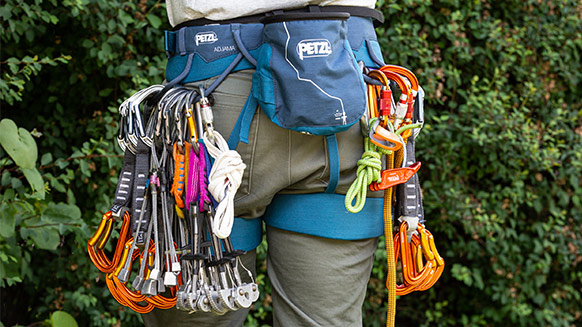 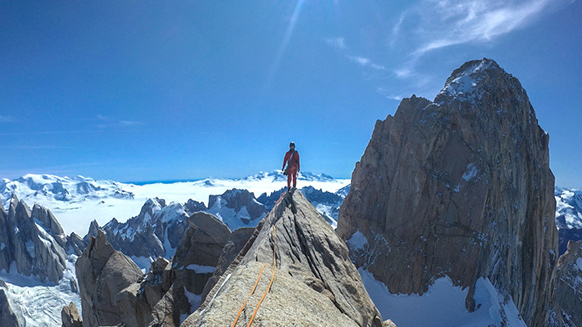 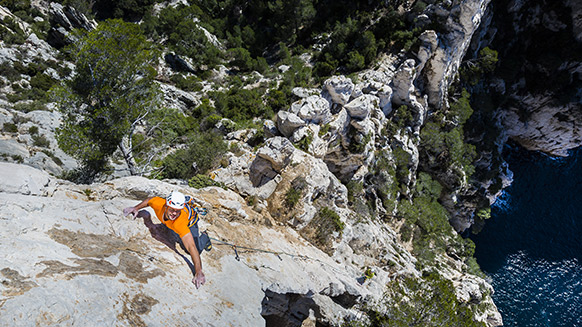