Since forever, climbers have been interested in city structures and buildings to satisfy their vertical appetite. In the era before climbing gyms, the granite walled embankments of the Rhône River in Lyon, as well as the brick-lined embankments of the Garonne River in Toulouse (to name a few popular sites in France) were scaled or traversed on a daily basis to train for the planned sends of the weekend. Here and there, a few daring individuals would use the cover of night to sneak up one of the many monuments typically found in a city setting.

Today, while climbing gyms have supplanted the urban landscape when it comes to training, why are there still climbers interested in monuments, sculptures, and other city statues? To learn more, we spoke with climber Loic Gaidioz and photographer Marc Daviet, who regularly head out together on day and nighttime urban climbing excursions.

Loic, where does your fascination with urban climbing come from?

When you love to climb, it’s pretty natural to want to climb everywhere. So, after having climbed on rock, around tables, in trees, up cranes or other crazy structures, it’s the city landscape where new challenges can be found. Cities with a rich architectural history like Geneva (Switzerland) are similar to natural bouldering areas where you find several different types of surfaces to climb (limestone, sandstone, granite…). Walking around town with a crash pad on your back, looking for lines to climb, chatting with passers-by, climbing with the din of the urban environment all around, well, you just have to experience it to understand the “magic” of the moment!

How long have you been urban or street climbing?

While I have always done a little urban climbing here and there, it was a very motivated Morgan Boissenot who really started it all 5 years ago. I have no idea how many kilometers he has covered on his kick scooter and bike searching for spots to climb, but it’s more than a lot! He has established almost all of the main spots in and around Geneva. 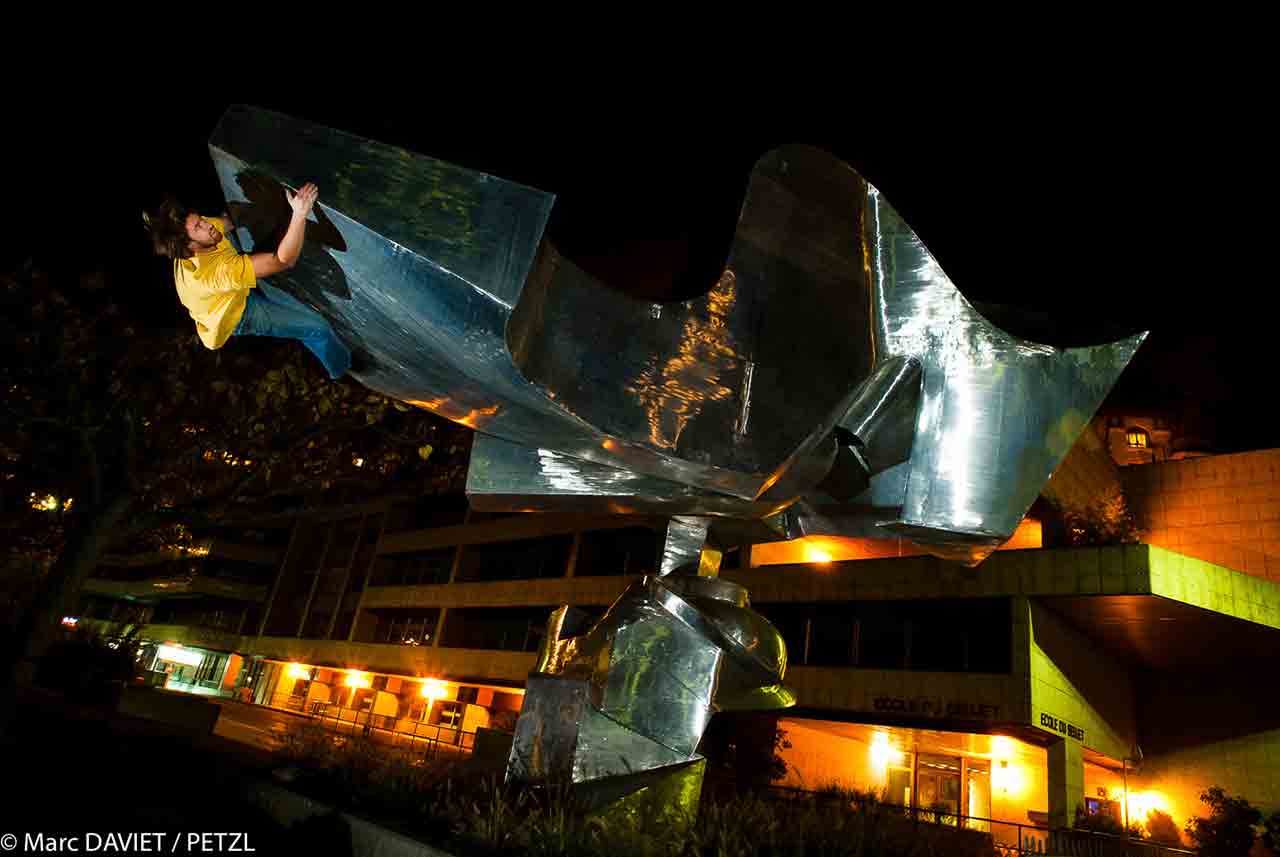 How do you handle the commitment, safety, and legality?

You still need an experienced eye to start urban climbing. You need to know how to evaluate the risk, and even while the likelihood of taking a falling rock to the head is low, the risk of hanging onto a structure that may not hold your weight is much higher! Even though we climb in the city, we’re not vandals, and we show the utmost consideration for all structures, monuments, and other buildings. By being respectful, by not trying to hide, by explaining what we’re doing, and by cleaning up after ourselves, we’ve never had a problem, even with the police who sometimes stick around for minute or two to watch us climb! You have to be careful with private buildings, since the owner can be held responsible for what you do. I recommend asking for authorization beforehand. When compared to skateboarding, which leaves traces of wax, scratches, and often some damage, once we’re through climbing you’ll never suspect that we were even there.

Next, and not a simple task, is finding genuine boulder problems, since in absolute terms everything is climbable. Our team’s goal, when we go street climbing, is not to look for the latticed underbelly of a metal bridge, or the corner of a castle with stone blocks piled one on top of the other, but for a genuine line that forces us to make specific (often hard) moves. This is what we enjoy, and what real “street bouldering” means to us, when compared to “basic” street climbing that you often see, which is of course also really fun! To take photos with Petzl headlamps! ;)
Just kidding. Seriously, we don’t climb only at night, and as a matter of fact we climb much more often during the day.

Nighttime is, however, much cooler, not because you can hide but because the experience is just so unique. One’s “fear of heights” almost disappears. Every structure or statue seems so much bigger with the mix of shadows and light. When it comes to the actual climbing, you have to change the way you move, focus, and even fall in order to land on the pads correctly. The holds look completely different, everything seems bigger, with an emphasis on “seems”!

From an artistic point of view, in addition to taking photos, I really enjoy the working relationship with a photographer like Mark, who has taken photos of me for ages. I know his style, he knows mine, and we’re both just as demanding when it comes to the final result. There are action photos, simple photos where the climber holds a pose, and photos that are much more complex. In the latter case, being able to exchange ideas with the photographer is key. This is when climbing at night takes a turn for the amazing, and goes far beyond just climbing and taking pictures. Having experience both in front of and behind the camera is almost a prerequisite. Also,I always enjoy introducing the urban climbing environment to those interested.

Marc, how did you come up with the idea to take urban climbing photos?

It was during a period of time when I was taking a lot of photos of Loic bouldering. He started exploring the urban environment, looking for lines to climb with his coworkers from Structure (a bouldering gym) in Geneva. It was only natural that I join him for a session or two. I was immediately hooked! It was one of the first times that I had ventured into the world of street photography, but instead of taking photos of passers-by, I snapped shots of climbers. I think that if Henri Cartier-Bresson had known Loic, he would have had fun taking photos of him… 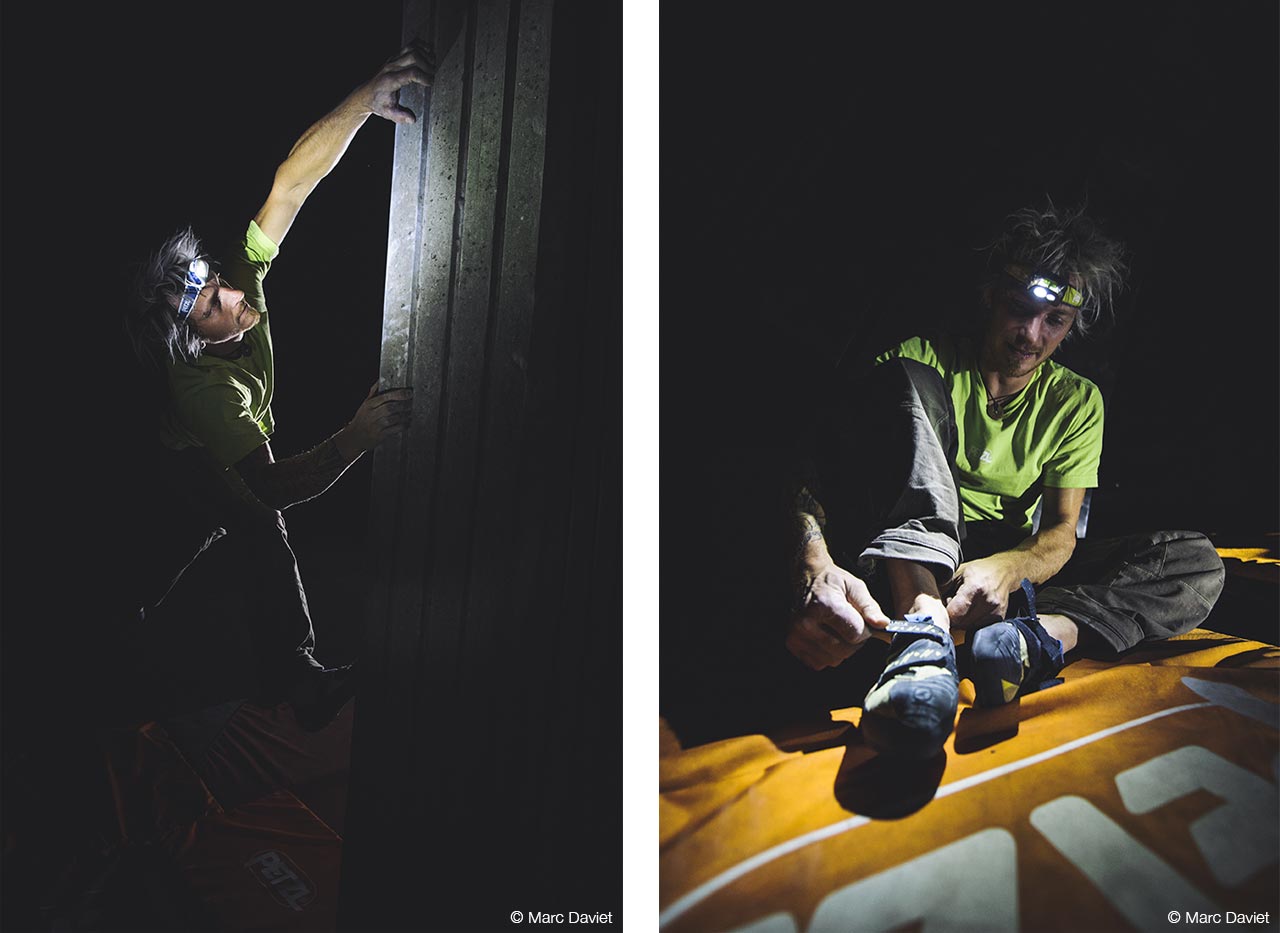 I think that an urban climbing photo must first and foremost capture the line being climbed. Since this is the source of a climber’s inspiration, it should be in the spotlight. The line should be meaningful, noteworthy, and of course visually aesthetic. Fred Mortagane’s skateboarding photos are the example to follow. Using a telephoto lens to take a close-up photo of a climber crimping 3 bolts is of little interest. Architecture offers an entire world of fascinating man-made structures.
Then there is the lighting, which, as always in photography, adds something extra, like backlight, a reflection, a contrast, etc.

This is why Loic started doing nighttime photos. The darkness enhances the background and the flash highlights the line being climbed.
Last but not least, you need to capture the subject making a genuine climbing move to create an exciting, well-composed photo.
In any case, that’s my approach urban photography.

When taking nighttime photos, what kinds of challenges or difficulties does the photographer face?

Yes, taking photos at night adds a bit of complexity. You have to take the time to scope out the site (when feasible), and if possible at night since the effect of building and street lighting is hard to figure out during the day. Next, you need to position each flash as best as possible, which is not always easy. Personally, I prefer a flash to remain somewhat inconspicuous and not too visible, which is easier said than done, but that’s part of the challenge. You also need to be discrete. The police don’t always understand what we’re doing with our camera flashes in the middle of the night. In general all goes well once we explain the situation. Also, we always make sure that we do no damage whatsoever to the structure we are climbing.

I’m of course always on the lookout for the “perfect line,” the one that will capture my imagination and that just has to be photographed. Who knows, perhaps there’s one sitting and waiting for me across the pond in New York City? 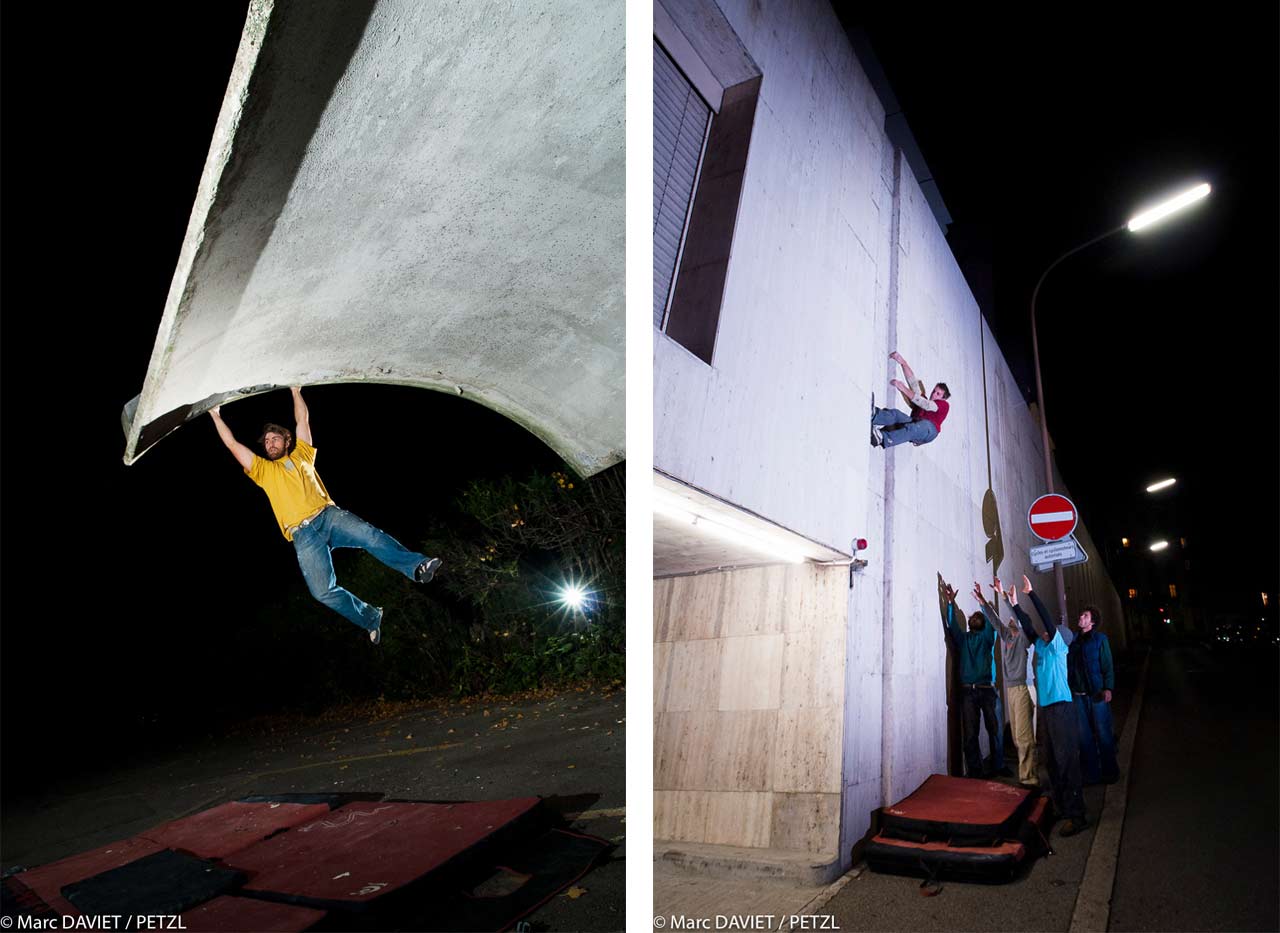 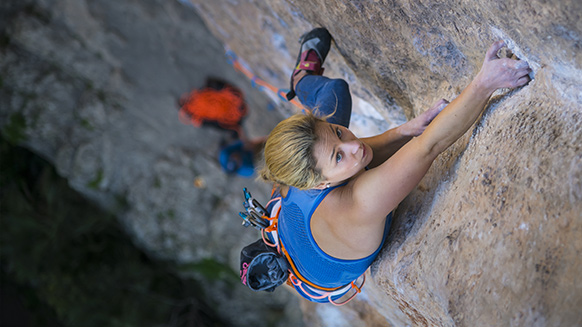 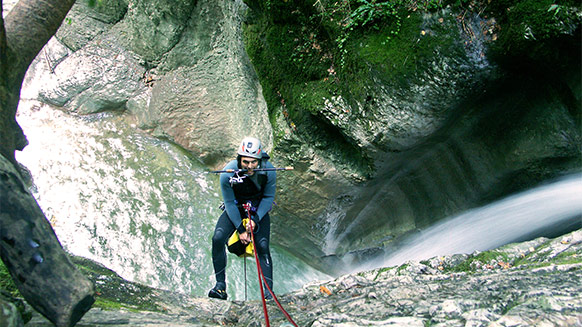 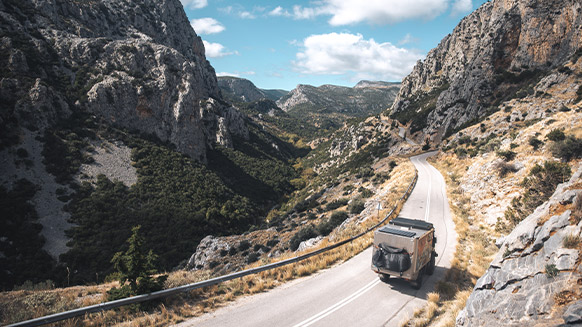