Chris Sharma travels back to the future in Mouriès, France

Just outside the southern French town of Mouriès, in a small mountain range called the Alpilles, sits a legendary iconic route from the 1980s called, "Magie Blanche" (White Magic). This twenty-meter-high dead-vertical wall of 8b+ (5.14a) has little in common with the routes typically scaled by today's sport climbers. On October 16, the best among them took on the challenge. Here is the story of a truly unique encounter!

In 1986, the climbing scene in France included some of the world's strongest climbers. One of them, Marc Le Menestrel, established an extremely hard route, Magie Blanche, at one of the country's premier crags at the time, Mouriès. After making several attempts, he was unable to redpoint the route, and only in 1989 did another Frenchman, Didier Raboutou, finally send what would become one of the very first 8b+ (5.14a).

During the ensuing thirty years, sport climbing's elite have pushed the top end of the difficulty spectrum up a full grade, from 8b+ (5.14a) to 9b+ (5.15c). The general style of the hardest sport routes has also evolved towards increasingly longer and overhanging climbs. Crags such as Mouriès, with its very technical, dead-vertical routes, including the quintessential Magie Blanche, have become rather obsolete. Yet at a time where the sport's top athletes are close to onsighting 9a (5.14d), certain hard routes from yesteryear still prove difficult to tame. A legitimate question to ask is what does a route like Magie Blanche mean to one of today's best climbers? The question is even more relevant given that the route has seen little to no traffic since its first send. For an answer, we sought out the best of today's crop of climbers, Chris Sharma, and offered him the chance see this magical route up close. 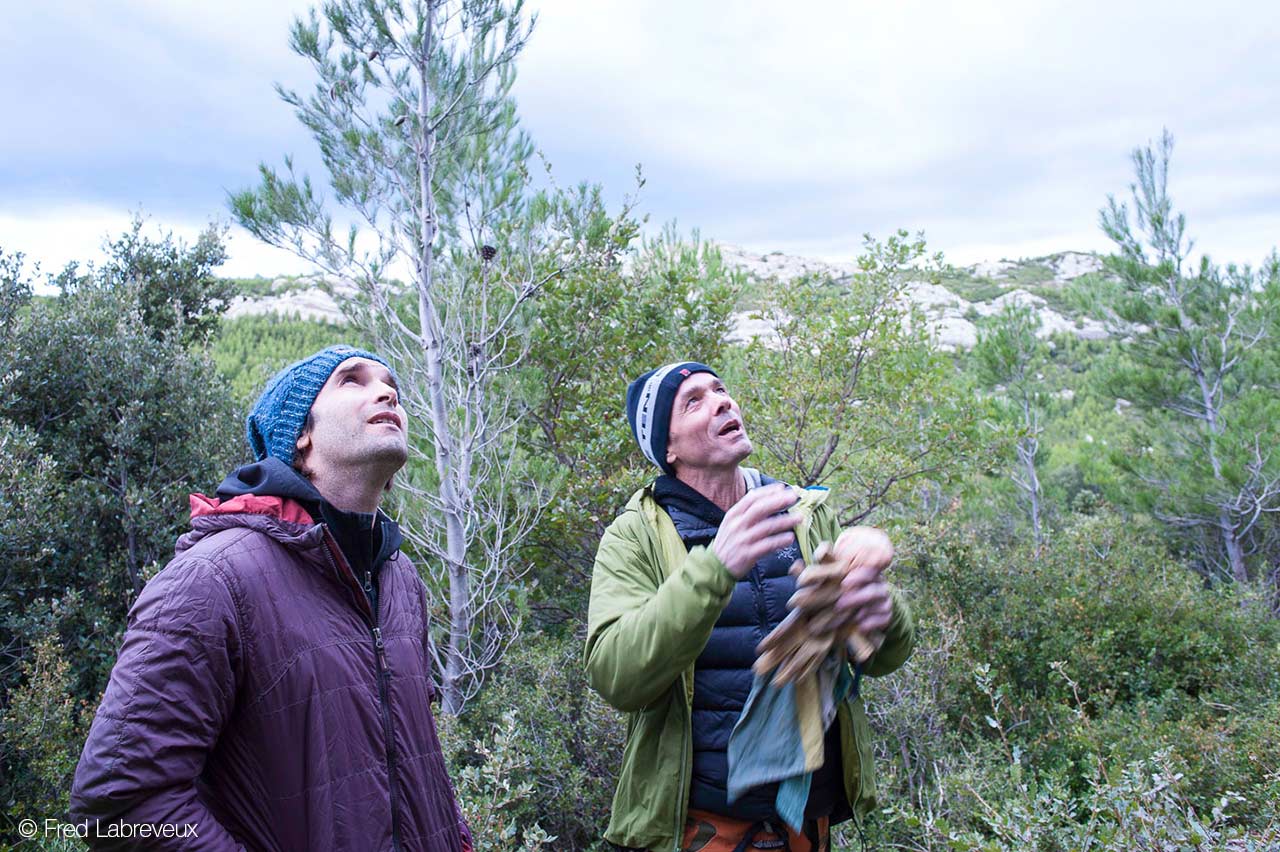 Chris Sharma is a climber who always likes a good challenge, and when we offered him the opportunity to tackle such an original route he just could not refuse! On October 15 and 16, 2015, Chris traveled to the Alpilles with his good friend Marc Le Menestrel, to get a feel for the holds on Magie Blanche. Long story short: Chris demonstrated beyond a shadow of a doubt to just what extent today's top climbers have raised the bar in terms of difficulty. 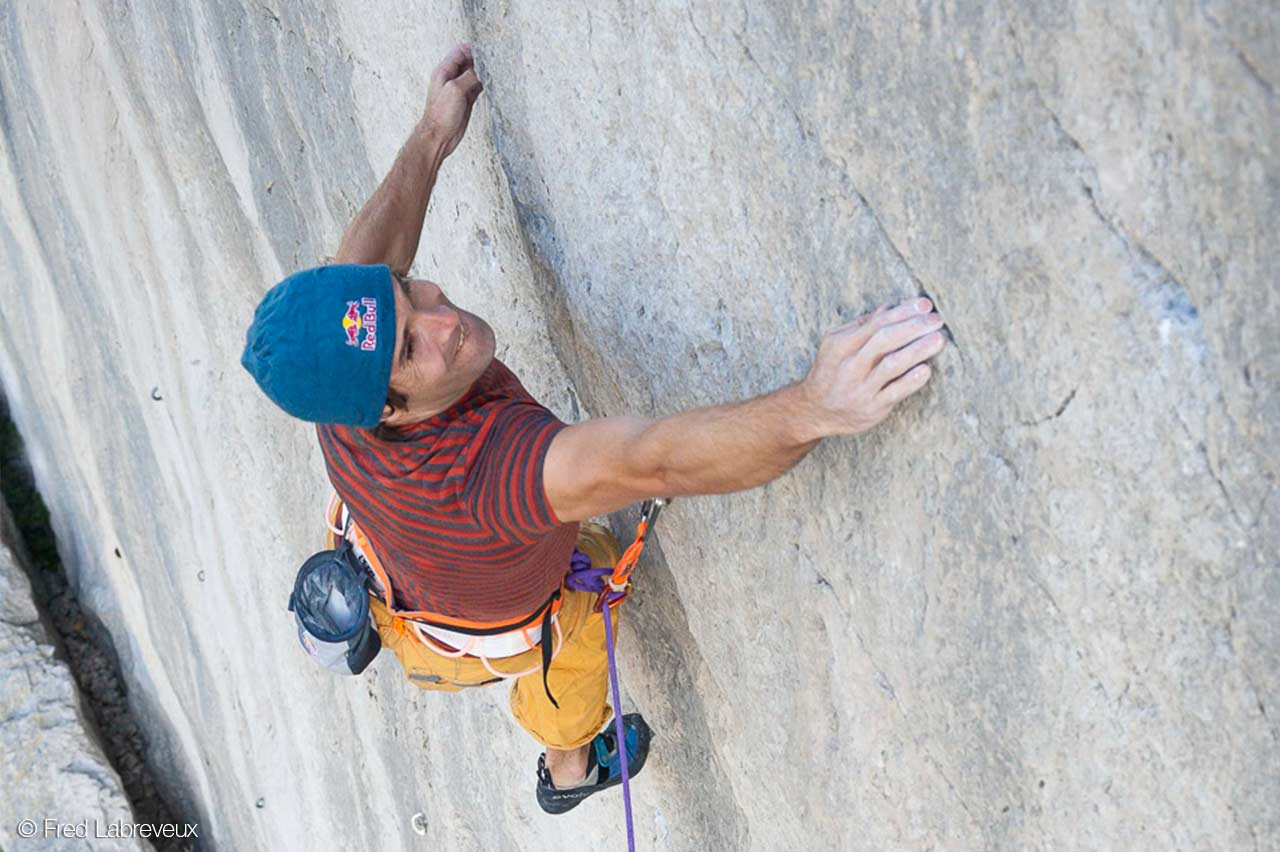 Sure, Chris did not onsight the route, even though he has already onsighted several much harder routes. This is not surprising considering route's technical description: a 20-meter high vertical wall with small shallow holds, no chalk marks, no sole marks, a little dust since no one has attempted the route for years, and bouldery moves on the first part of the route! After carefully scouting out the route, guided by Marc Le Menestrel's original and imaginative moves, Chris Sharma only needed to work the route once, bringing down the legendary monster that is Magie Blanche on his second try!

The unbending laws of mathematics One quick try before redpointing the route demonstrates to just what extent Chris is an exceptional climber, and even if 30-year-old routes are still hard, they are clearly not at the same level as the standard-setting routes established by today's elite. The somewhat outdated style, mixing awkward boulder moves with very technical climbing, makes onsight attempts extremely difficult. One needs to get a feel for the crux sections, to figure out the subtleties and hidden holds, an often much trickier endeavor than overcoming moves purely physical in difficulty. Nevertheless, the routes of yesteryear are simply not as difficult as the hardest routes in 2015. Magie Blanche's puzzle was solved; the laws of math are still unbending: 8 does not and will never equal 9! GRIGRI® – We climb together In 1991, Petzl provided climbers with a new revolutionary tool, the GRIGRI, the very first assisted-braking belay device! Day-in and day-out, Petzl continues to work hard so that generation after generation of climbers can belay safely at the crag or in the climbing gym. For almost 30 years, the GRIGRI has been right by your side. For almost three decades we have been climbing together. Rock climbing 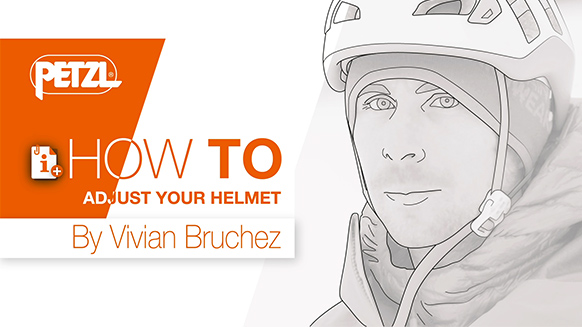 How to put on your climbing and mountaineering helmet- By Vivian Bruchez For maximum comfort and protection, a helmet should always be properly adjusted. Vivian Bruchez provides tips on how to adjust your helmet so that it fits your head perfectly. Rock climbing 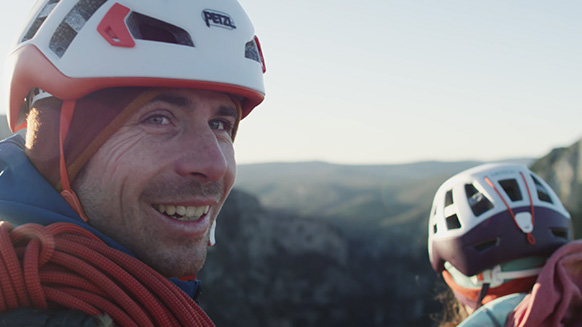 METEOR – Year round adventures Skiing the snow-covered peaks high above Courmayeur, climbing the vertigo-inducing limestone walls of the Verdon Gorge, and traversing Aiguilles d’Entrèves Spire’s knife-edge ridge… Lise BILLON and Vivian BRUCHEZ live their passion for the mountains day in and day out! Like them, never leave home without your METEOR helmet and enjoy countless adventures all year long. Rock climbing