Giving meaning to my passion : "I like doing things right, even if it takes time. Generally, my most significant projects come to me in a passionate, spur-of-the-moment manner, without planning, shaped by the people I've met and the activities I’m doing at the time. Once this happens, the project provides meaning to my life and becomes the most important thing, as if it had always existed. I want to discover new places, new people, and share what I've understood about, and learned from, climbing. I like meeting other climbers, and the mutual encouragement we provide each other. I like that there's an atmosphere, moxie, and emulation among climbers, even if we're not on the same routes." 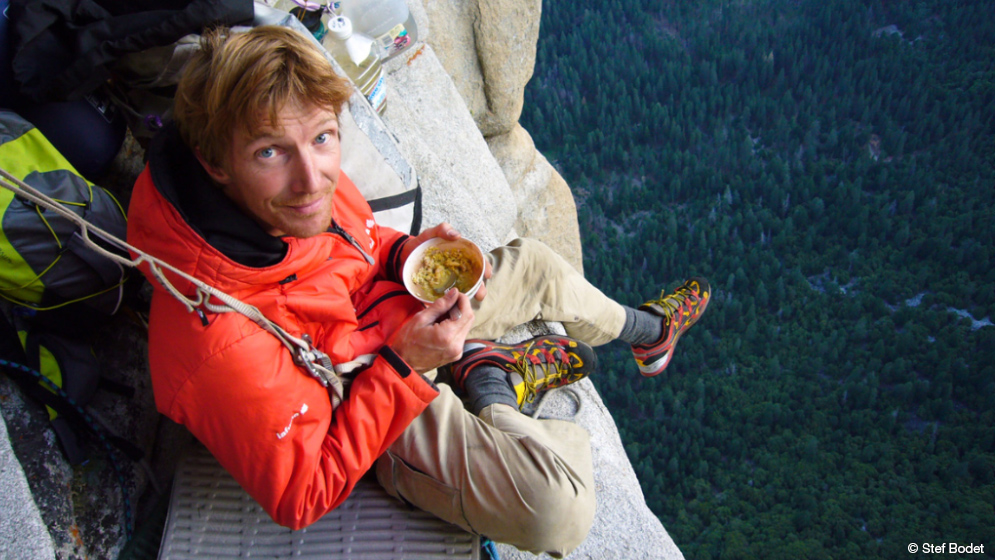 "The people who inspire me are those who do things passionately with focus, whatever their level.
I discovered climbing with my dad, who took me climbing for the first time when I was around eight. During my youth, I never imagined being able to make a living by climbing. I never saw myself being a technical consultant for a brand, like René Desmaison, nor writing books or organizing expeditions, filming, or giving conferences. Yet only climbing mattered, and I really admired people like Gaston Rébuffat and his books (The Hundred Finest Routes), or those who invented new gear. What I really love is putting up new multi-pitch routes, imagining a line and checking to see if it works, either ground-up or on rappel, depending on the wall. It’s undoubtedly a privilege to be the first to send these new routes. There’s no rating to go on, which means a good deal of uncertainty that forces me to focus and climb in the moment. I like skirting that limit where I might fall while trying something that seems more than a little uncertain.
I sometimes joke that “I specialize in all disciplines”, which really means being average at everything! To do this kind of work, you need willpower, you need to apply yourself, and you also need to be somewhat creative. You need to be able to get some perspective on things and know how to anticipate."

Arnaud and the Petzl team

"My role is twofold :